Ultra modern villa recently completed in a luxury development close to Marbella and all amenities.

The property has a fabulous minimalist facade with clean white walls to create a contrast with the natural greenery, while glass doors and windows give a modern feeling to the home.

This stylish home showcases a strong connection between a house and its surroundings. With a private driveway, open plan interiors lead to a gorgeous pool and garden area with stunning sea and golf views.

The villa has a perfect layout for family living, built over two floors plus a basement and solarium. 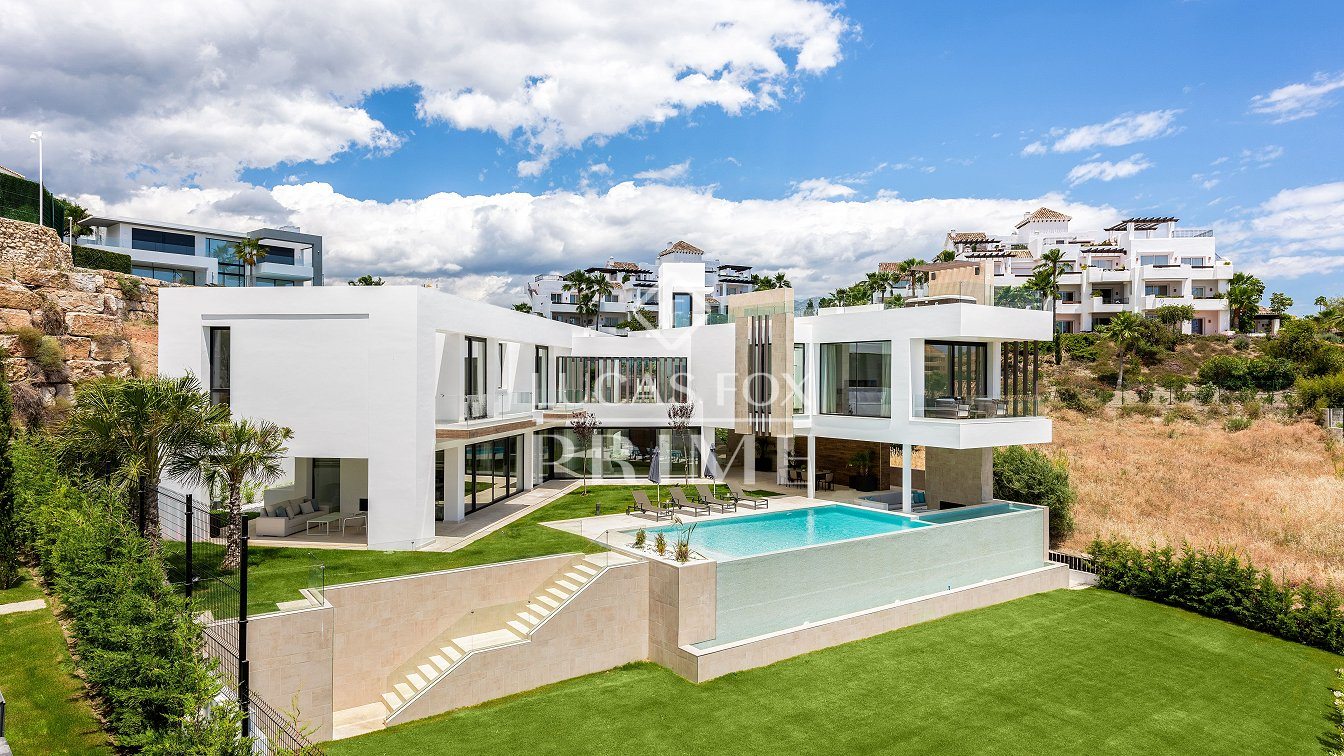 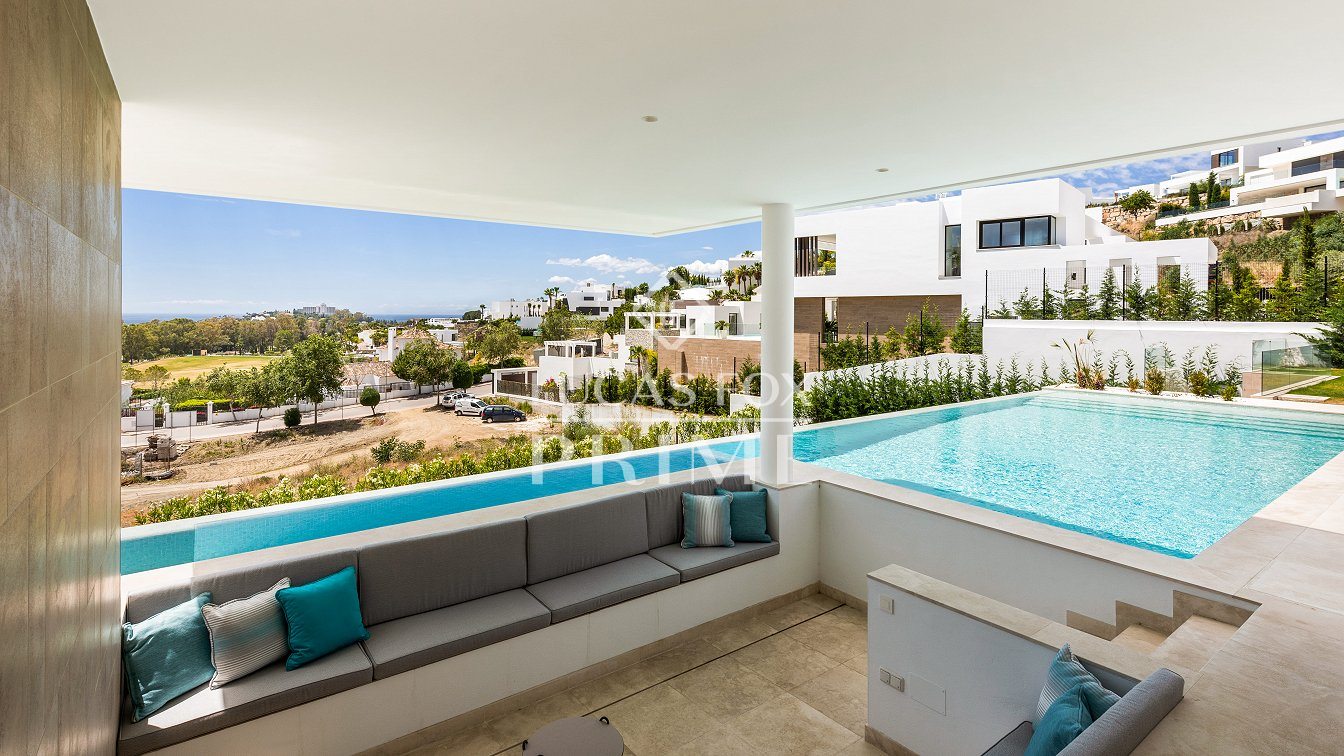 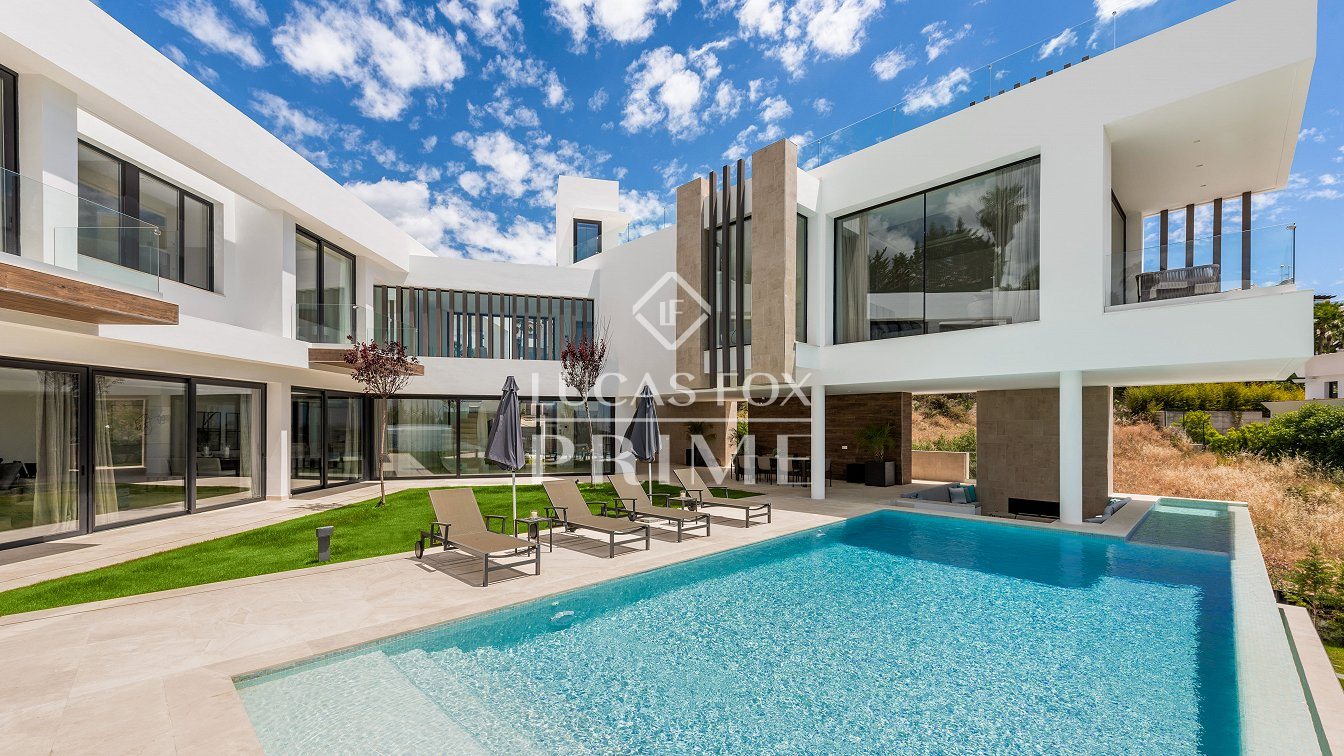 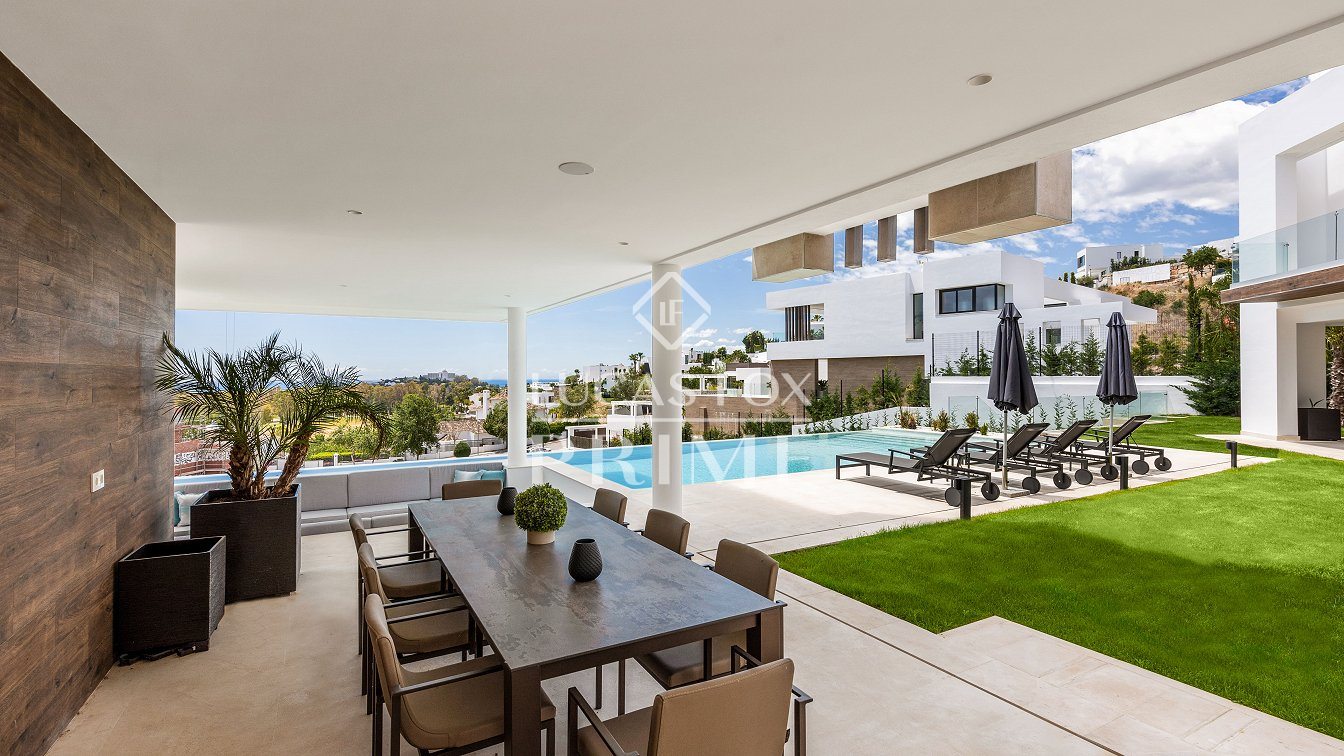 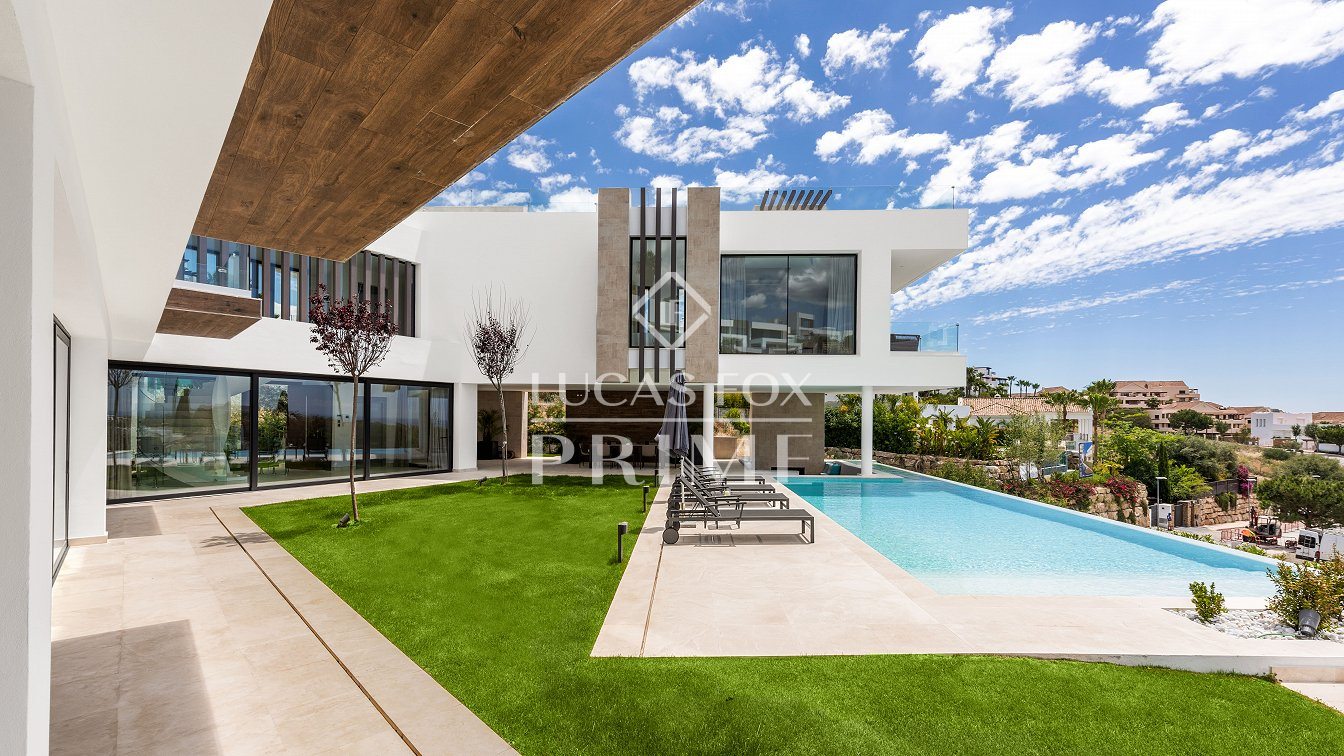 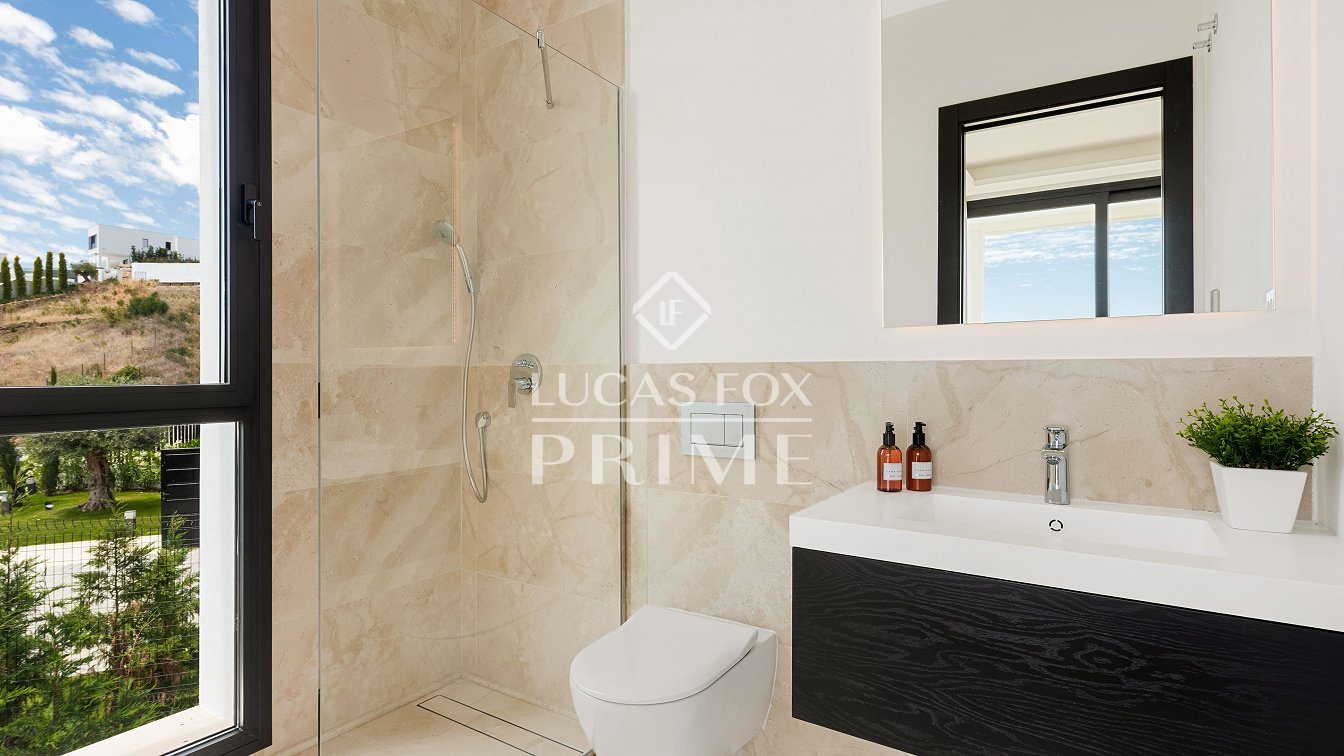 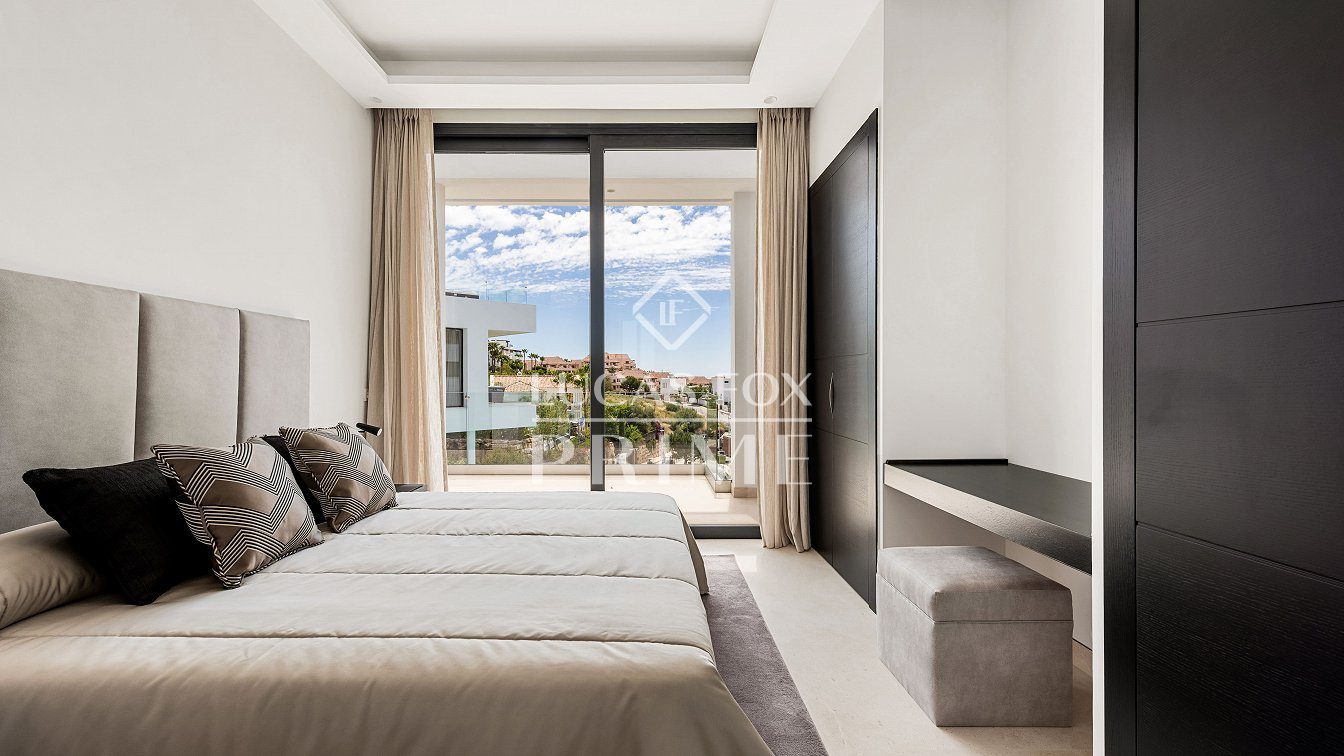 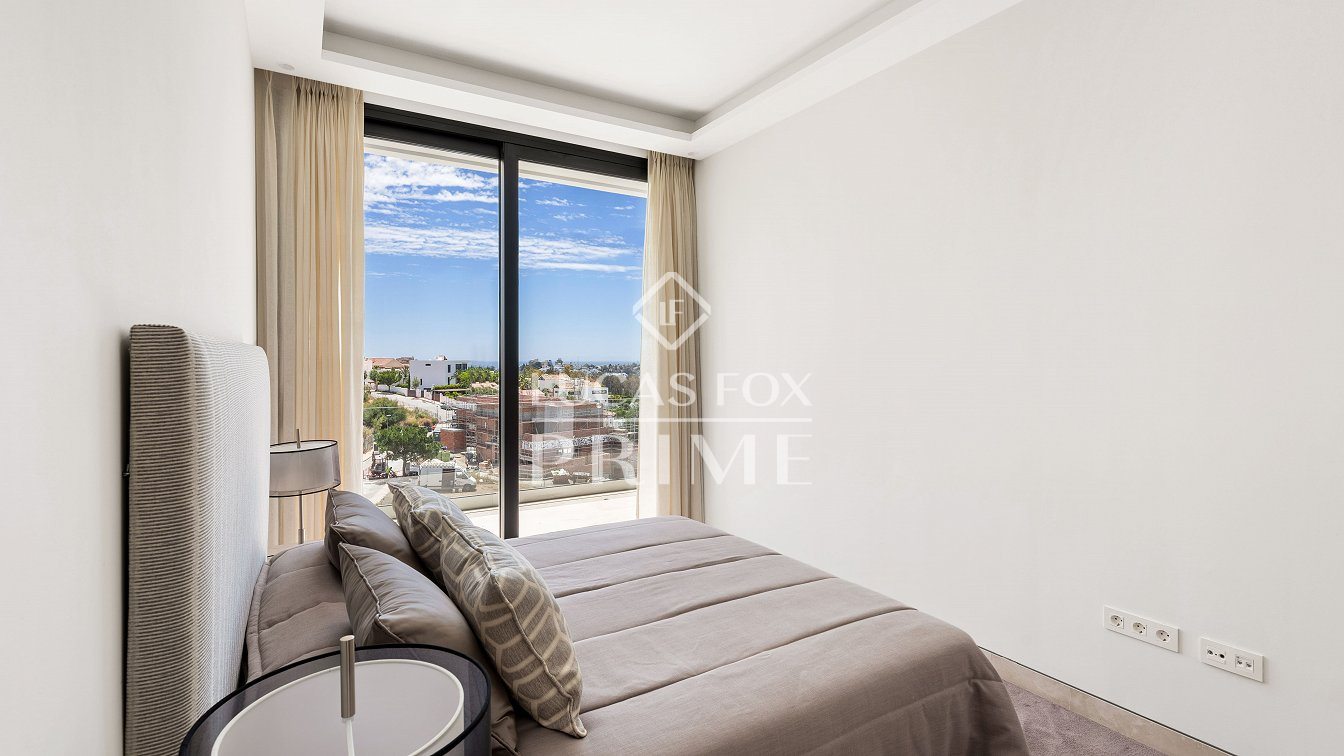 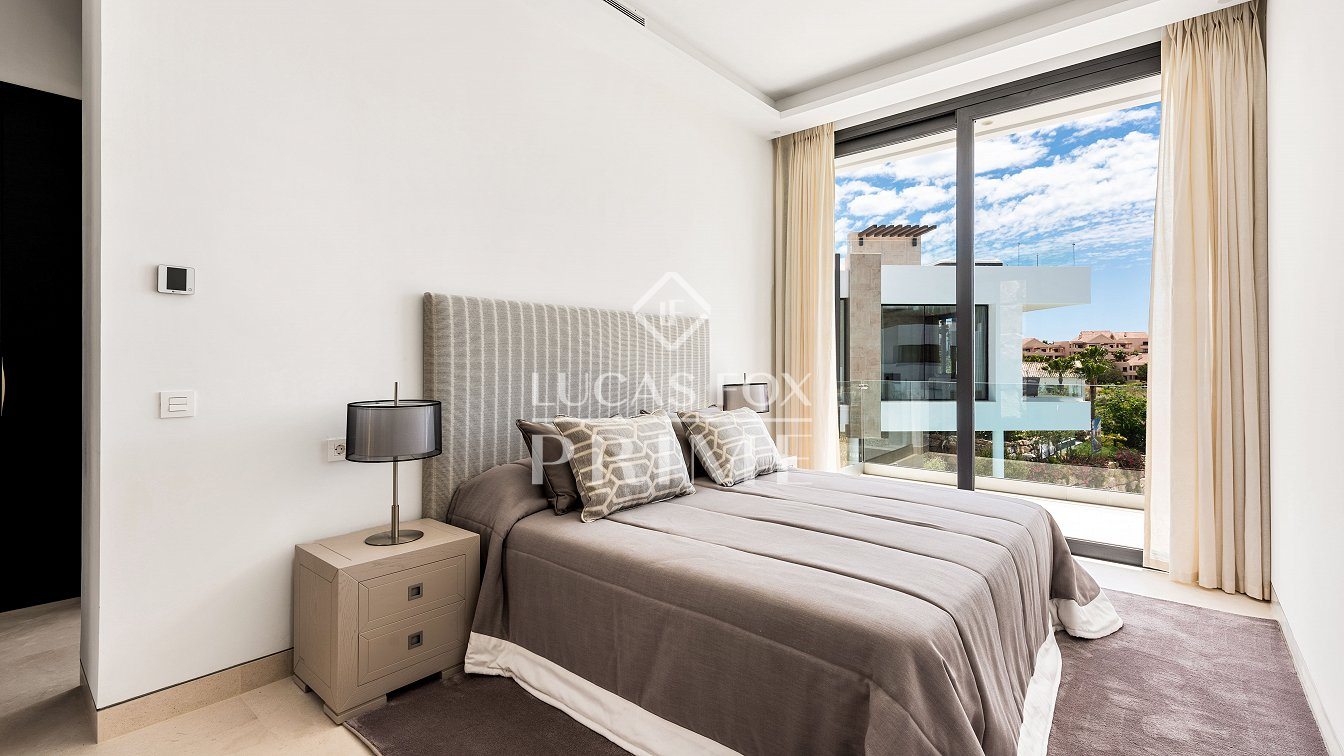 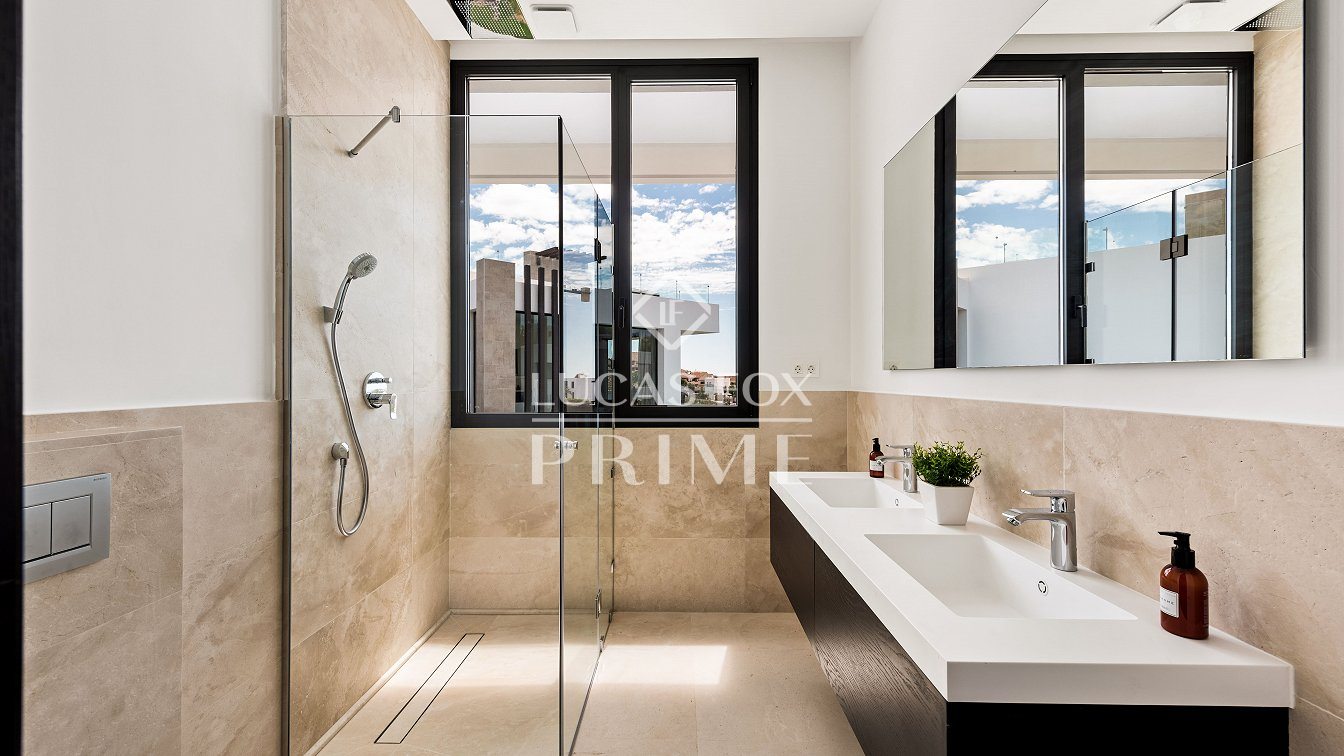 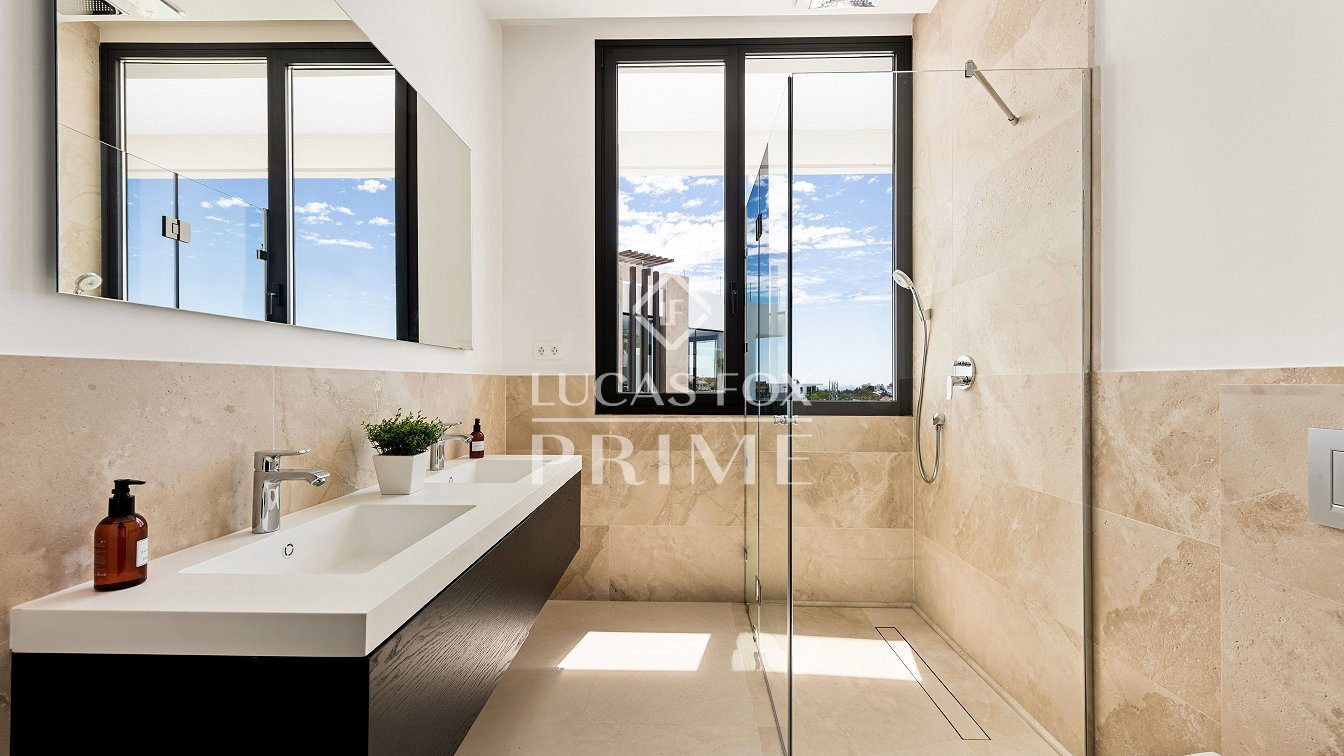 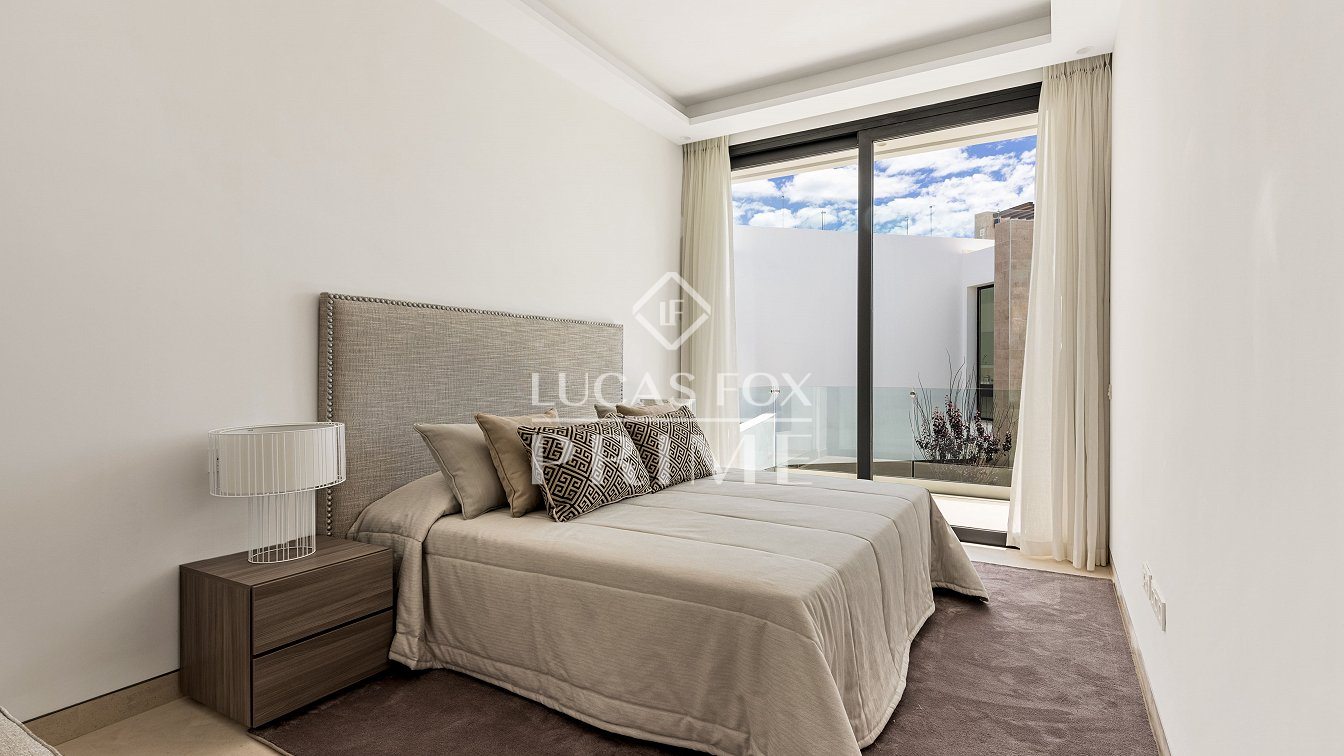 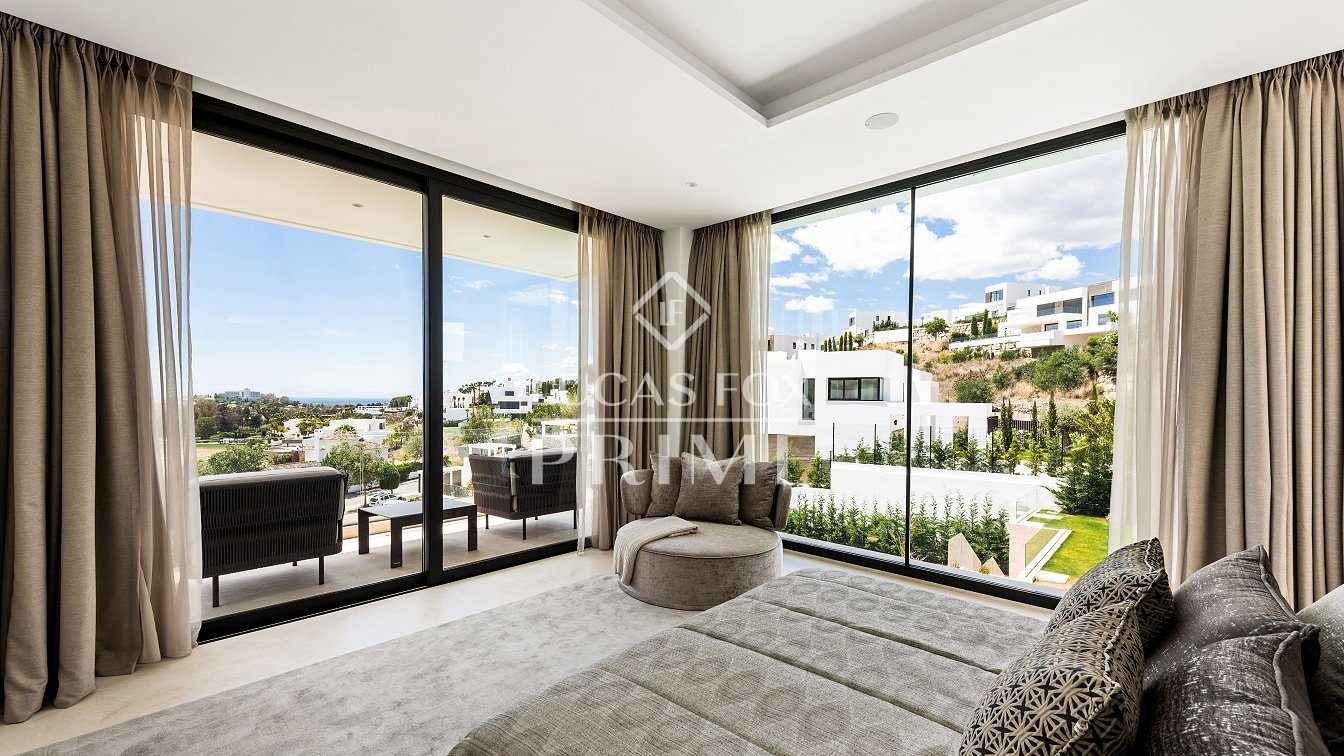 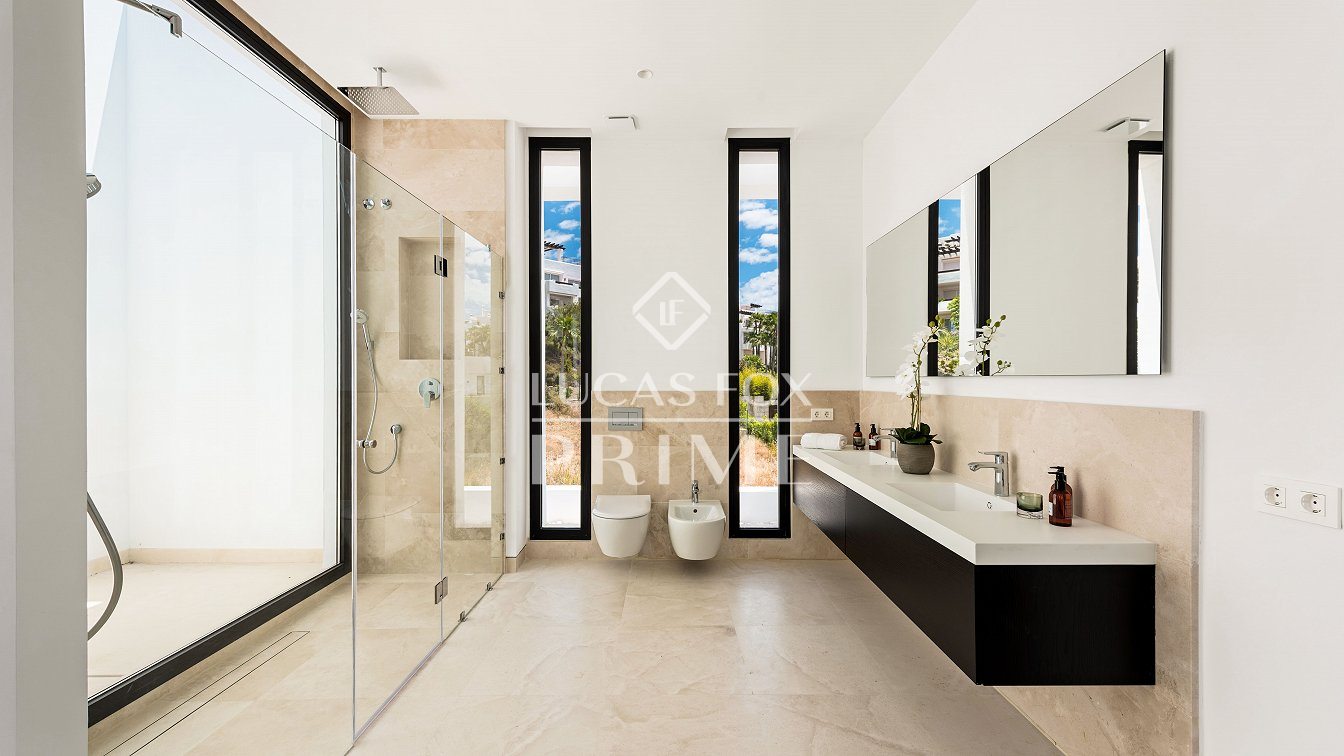 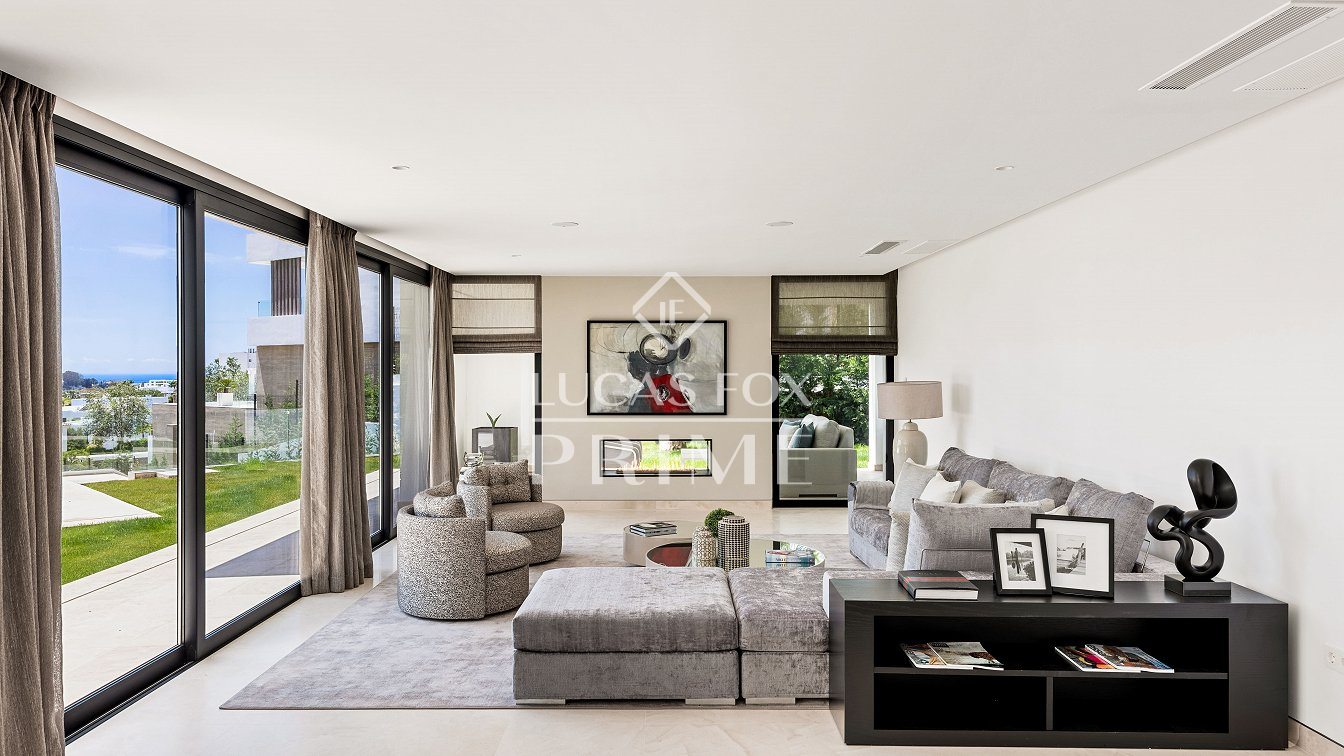 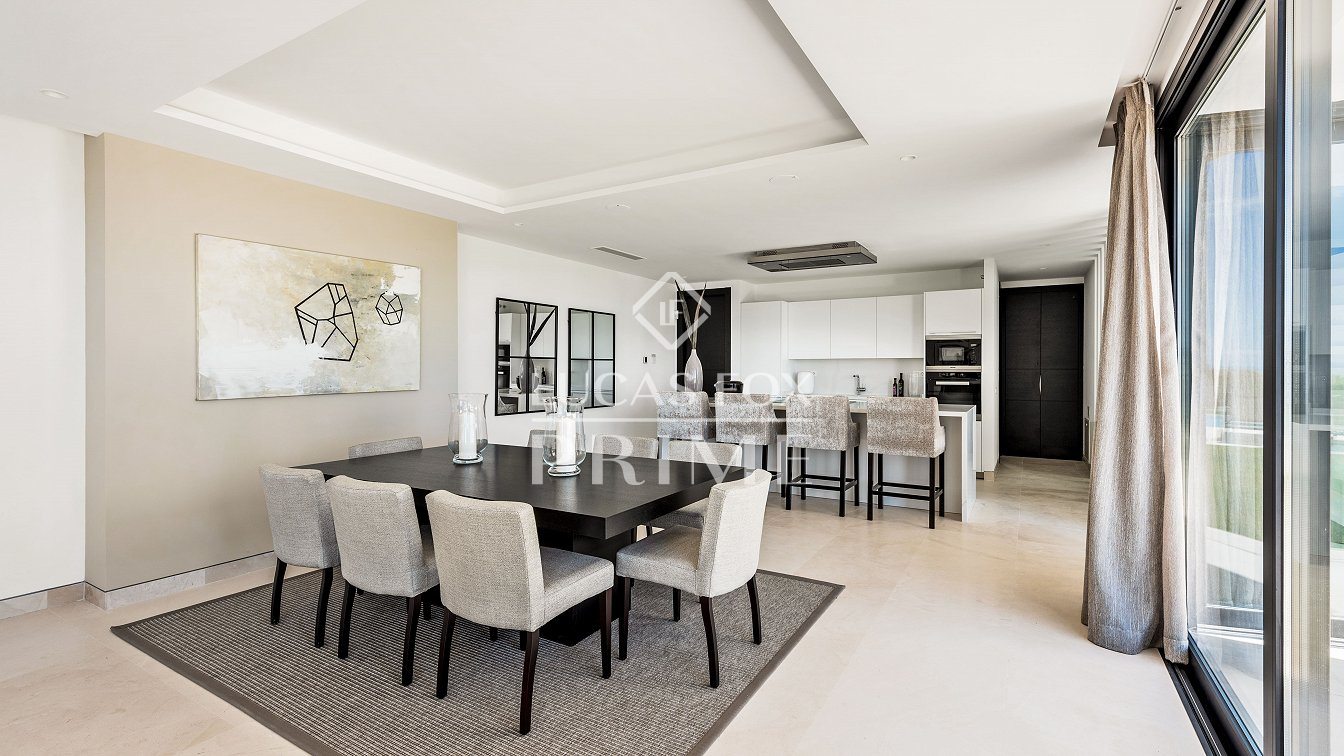 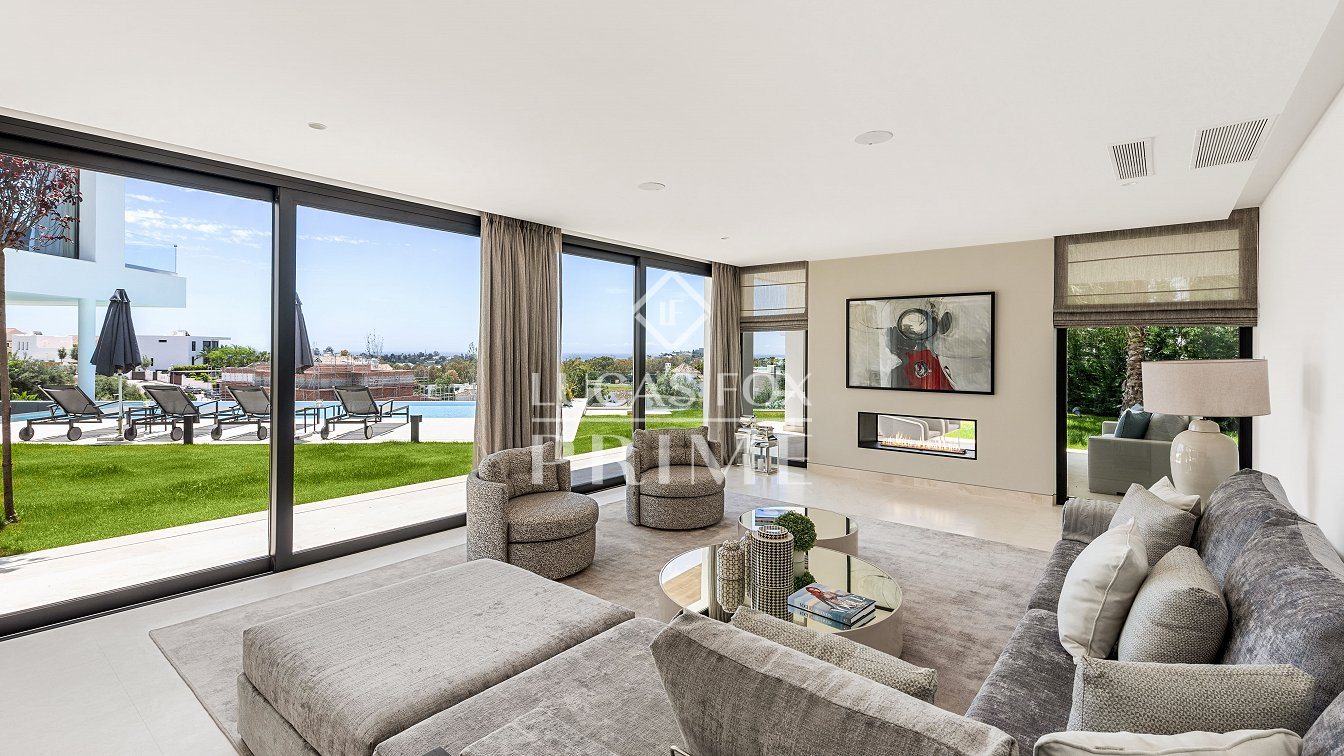 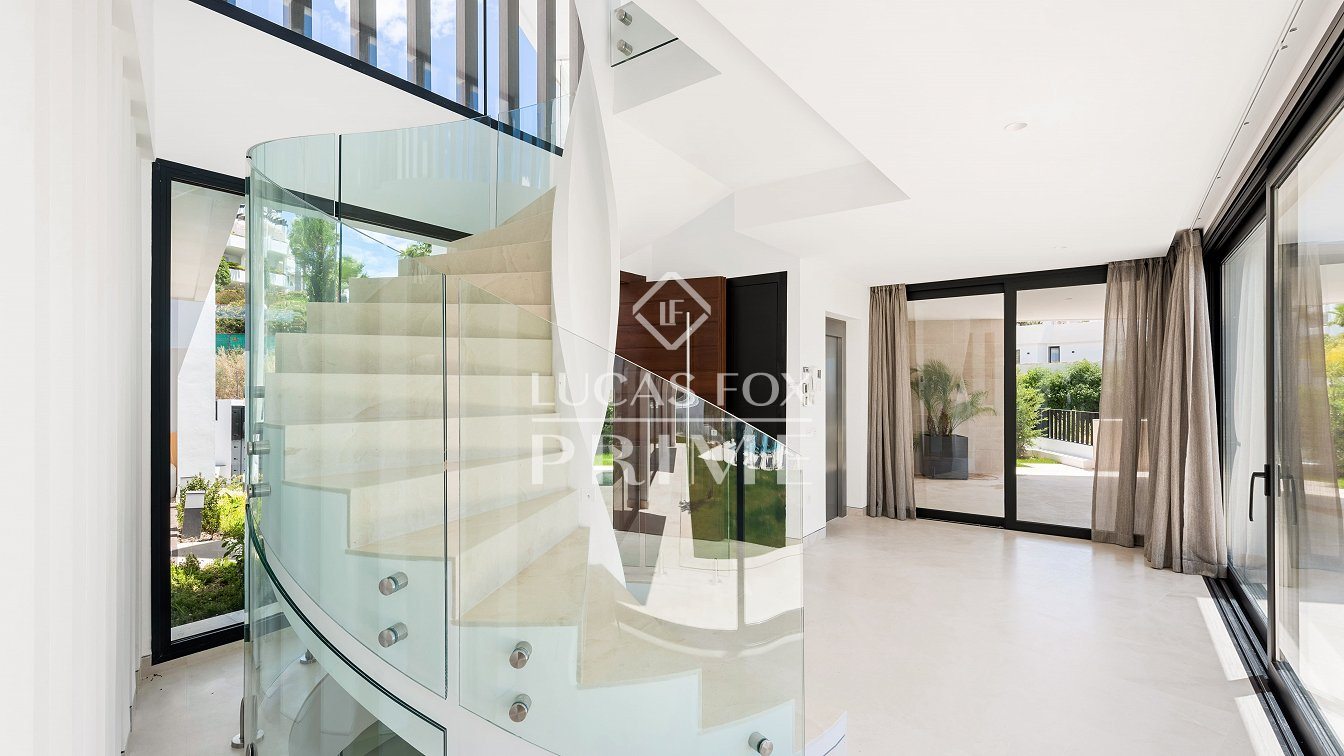 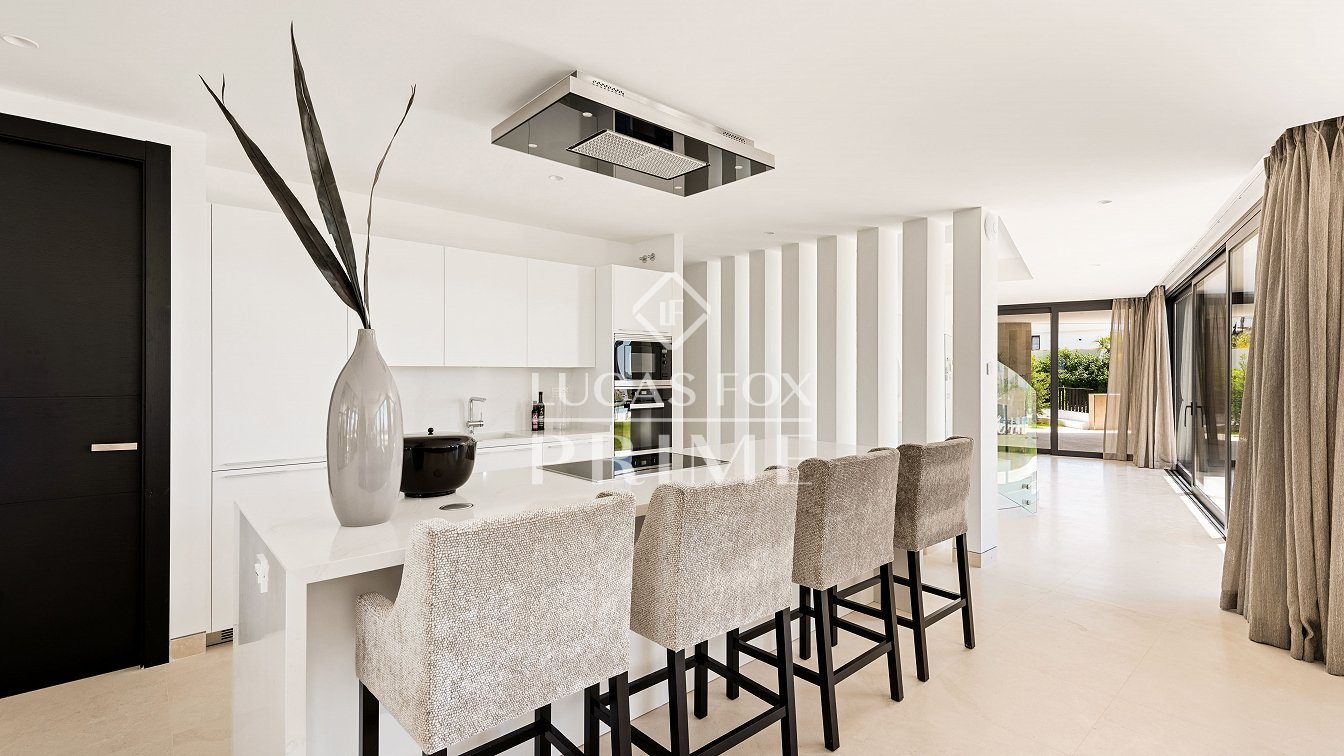 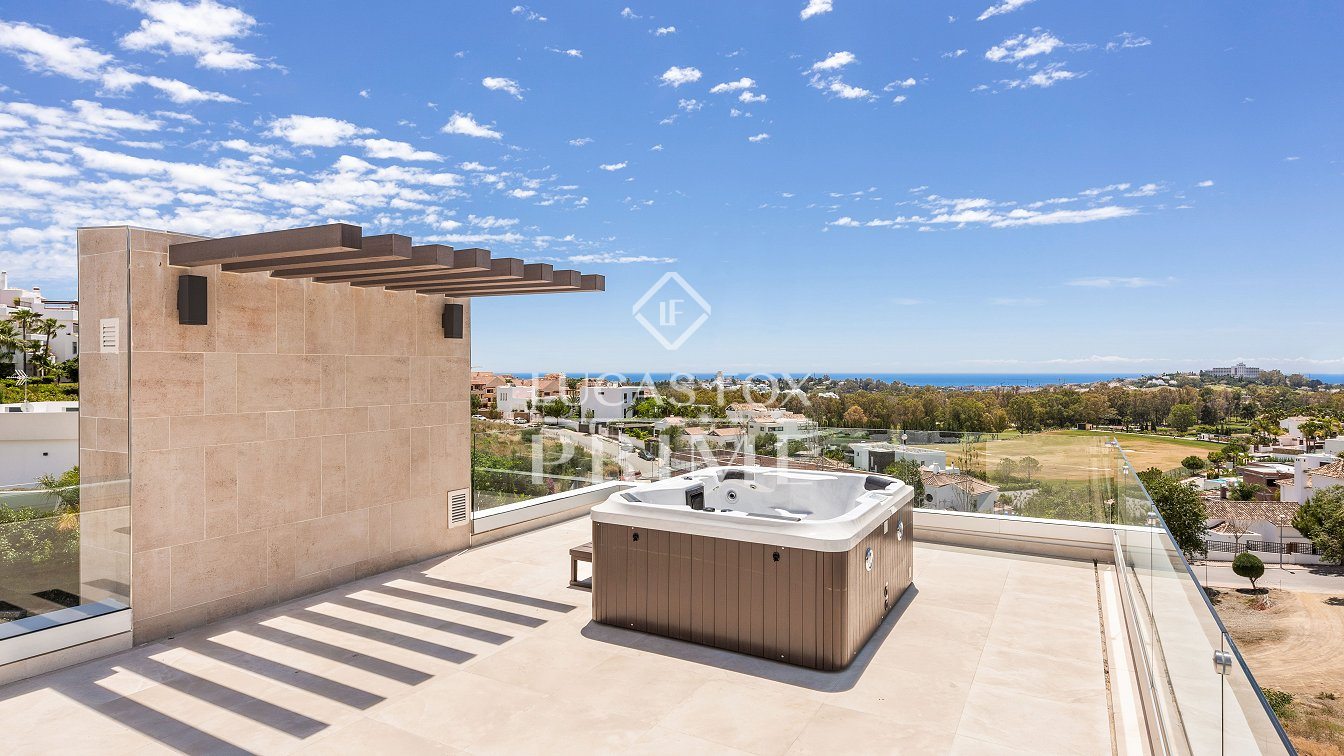 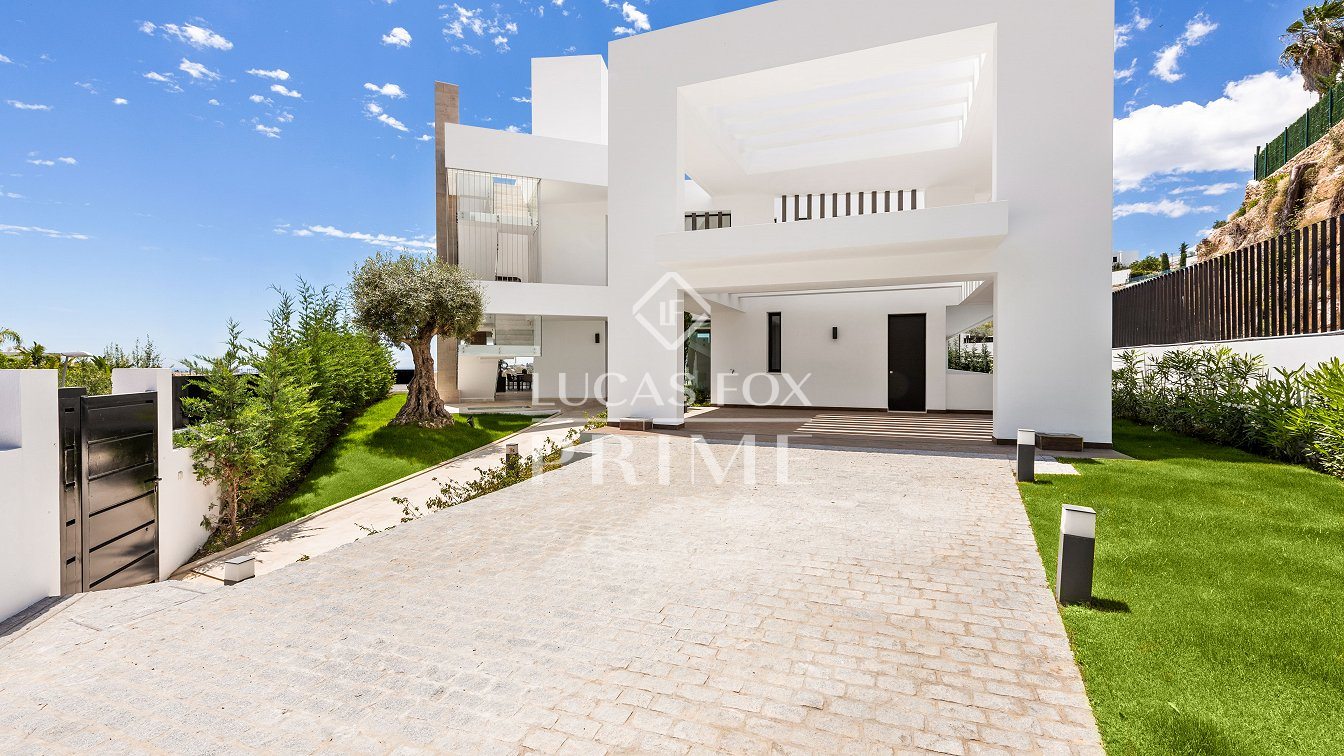 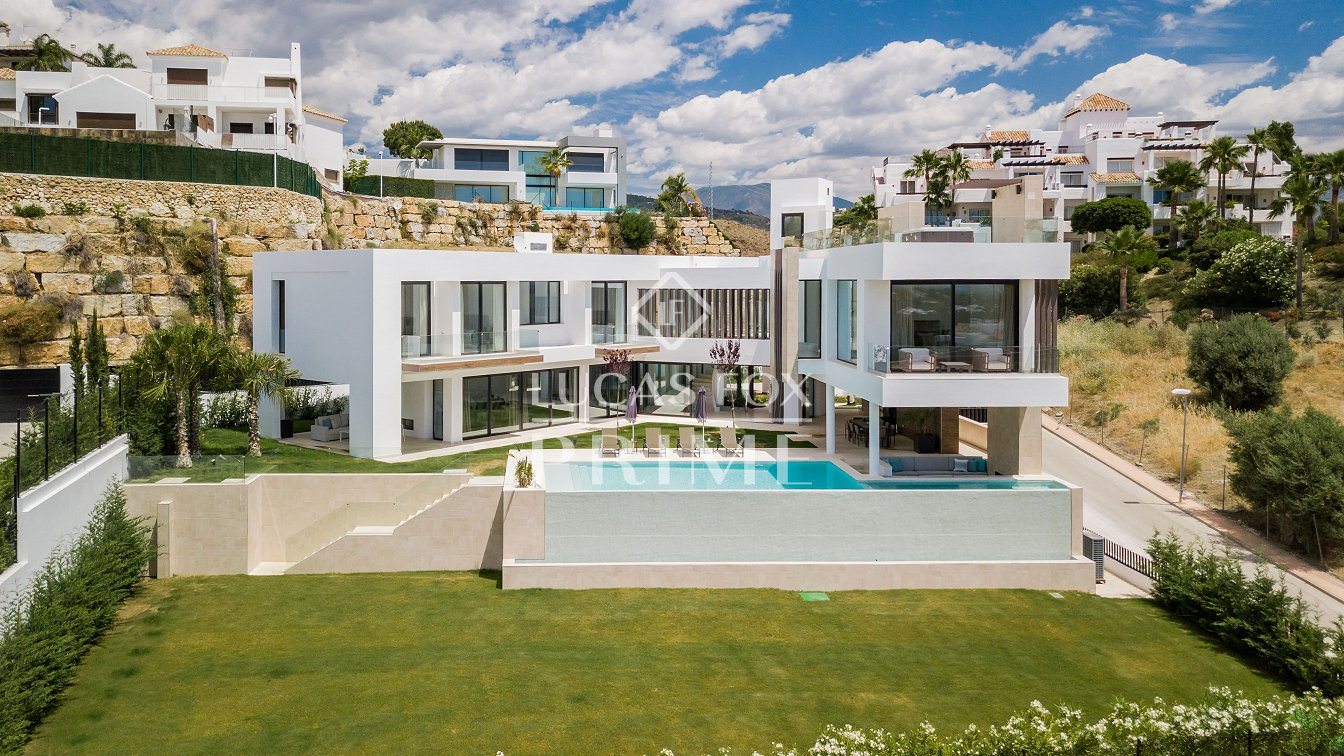 Benahavis is perhaps one of the lesser known regions in the Province of Malaga. The Municipality of Benahavis is located between the areas of Marbella, Ronda and Estepona covering an area of 145 km2. Despite being less well known, the lines between these areas blur and in fact Benahavis real estate has some of the best available offerings and is extremely sought after by property buyers wanting to live near Marbella, on the Costa del Sol.

The wider area of Benahavis Municipality incorporates some of the most exclusive developments in Spain, including la Zagaleta. If the Costa del Sol is considered to be the California of Europe, then La Zagaleta is its Hollywood Hills. An exclusive, luxury, gated community that is home to the rich and famous on a mountainside location with breathtaking views and properties to match. Opulent villas with endless bedrooms, bathrooms, cinema rooms and private gyms as standard that require film-star sized chequebooks to purchase. So exclusive is La Zagaleta, that buyers are interviewed before they can purchase there. Residents of this community value their privacy greatly and benefit from 24-hour security and many on-site facilities which are available only to them; La Zagaleta offers two golf courses, private tennis courts and even a riding club. For luxury, privacy and seclusion, this glamorous location is hard to beat.

An excellent choice for a family seeking the best of modern luxury in Benahavis.