The property has a large terrace area of 40 sqm where you can sit back and watch the yachts sailing past and listen to the sound of the waves breaking on the shore.

This ground floor property has direct access to the communal pool and is only a few short steps from the beach. 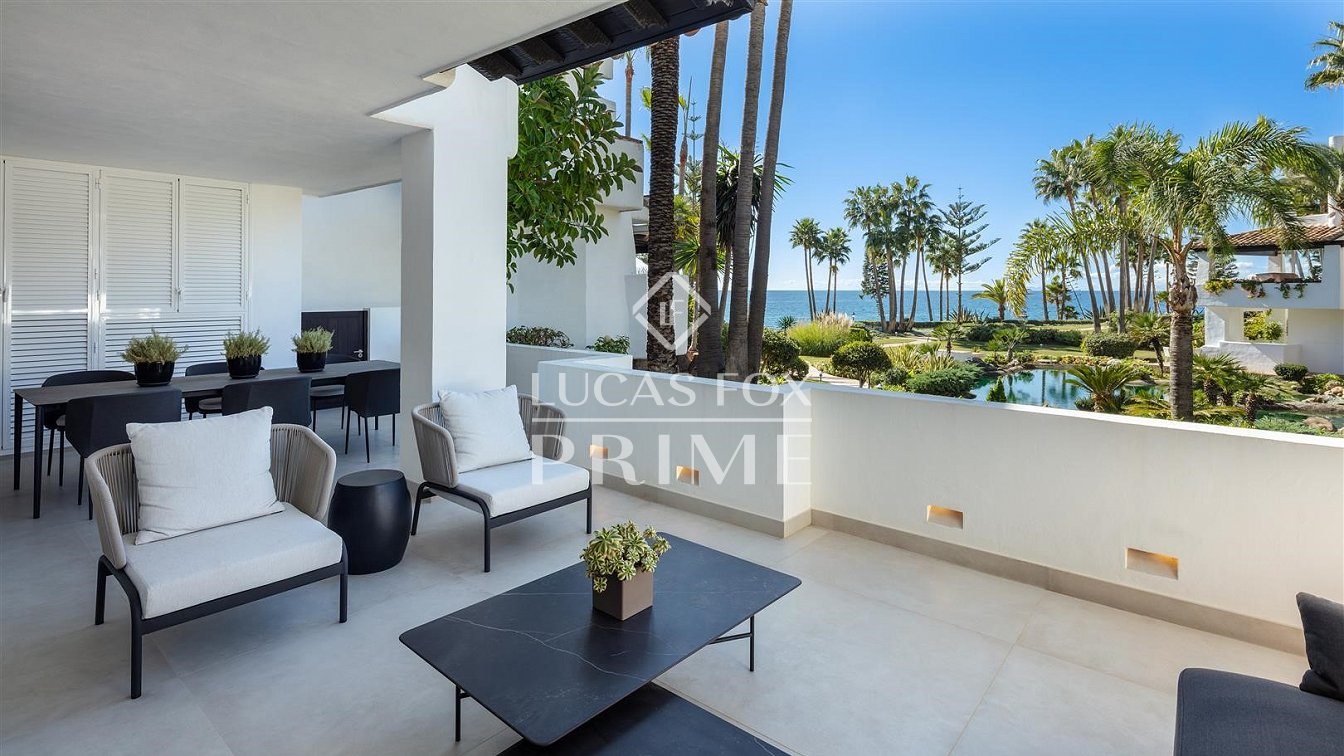 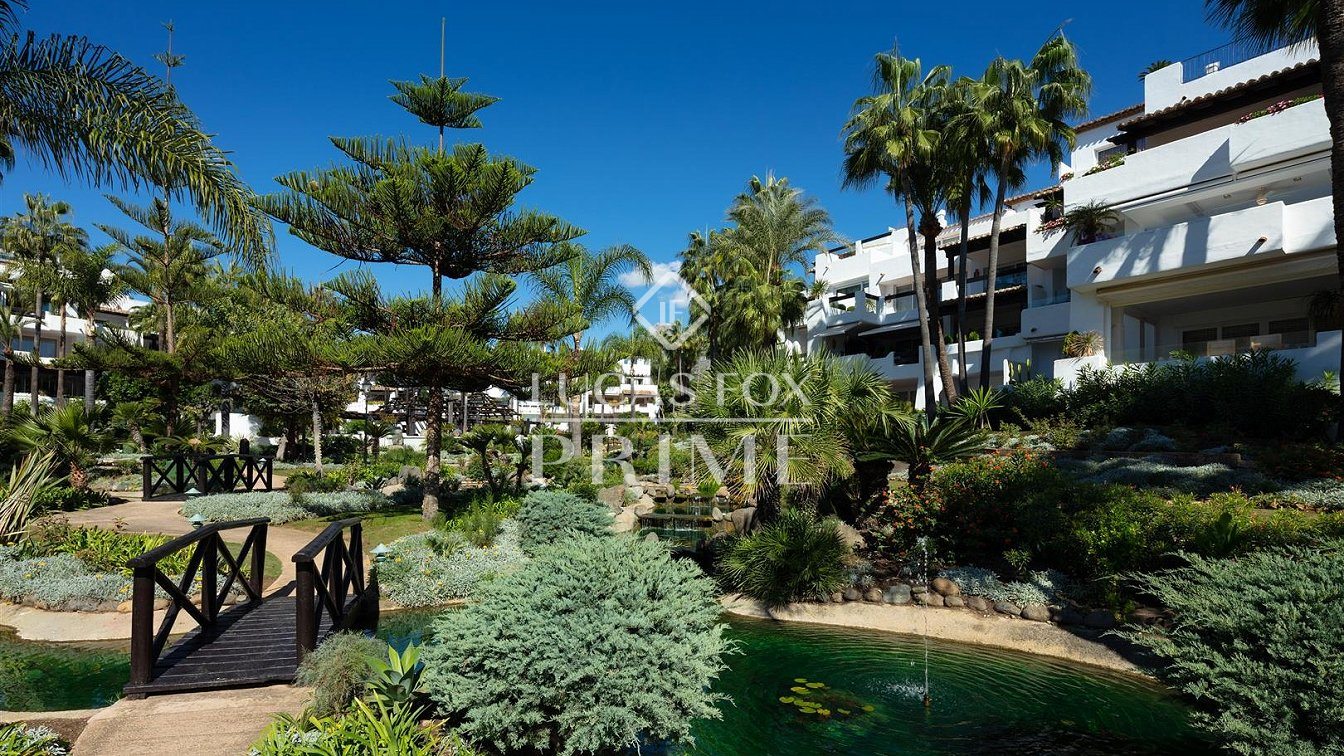 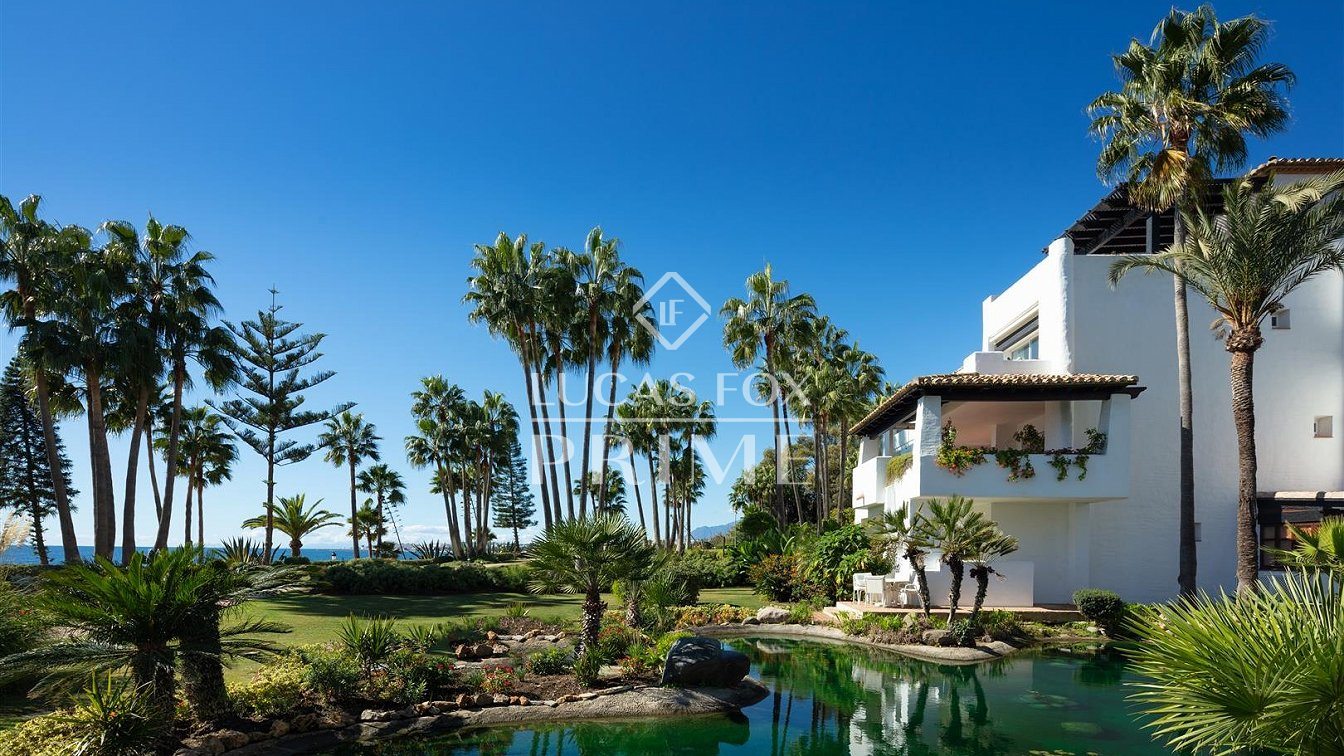 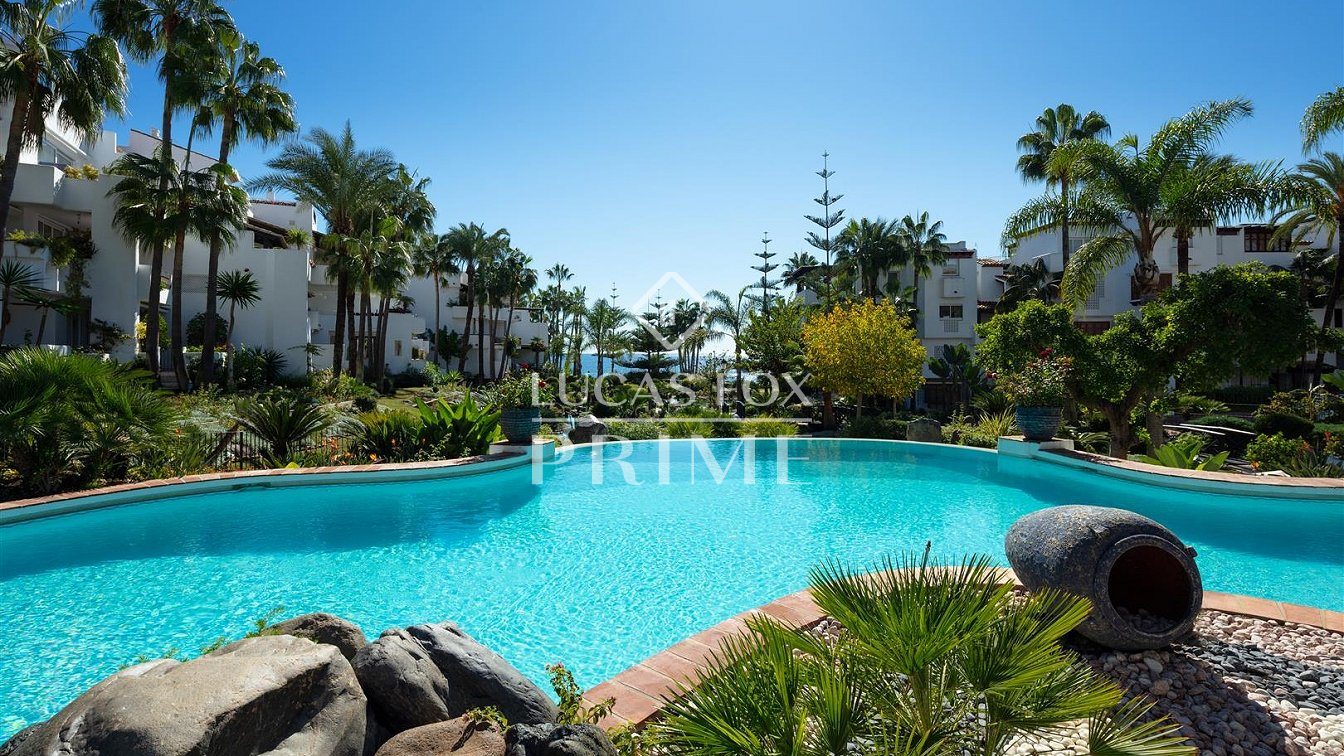 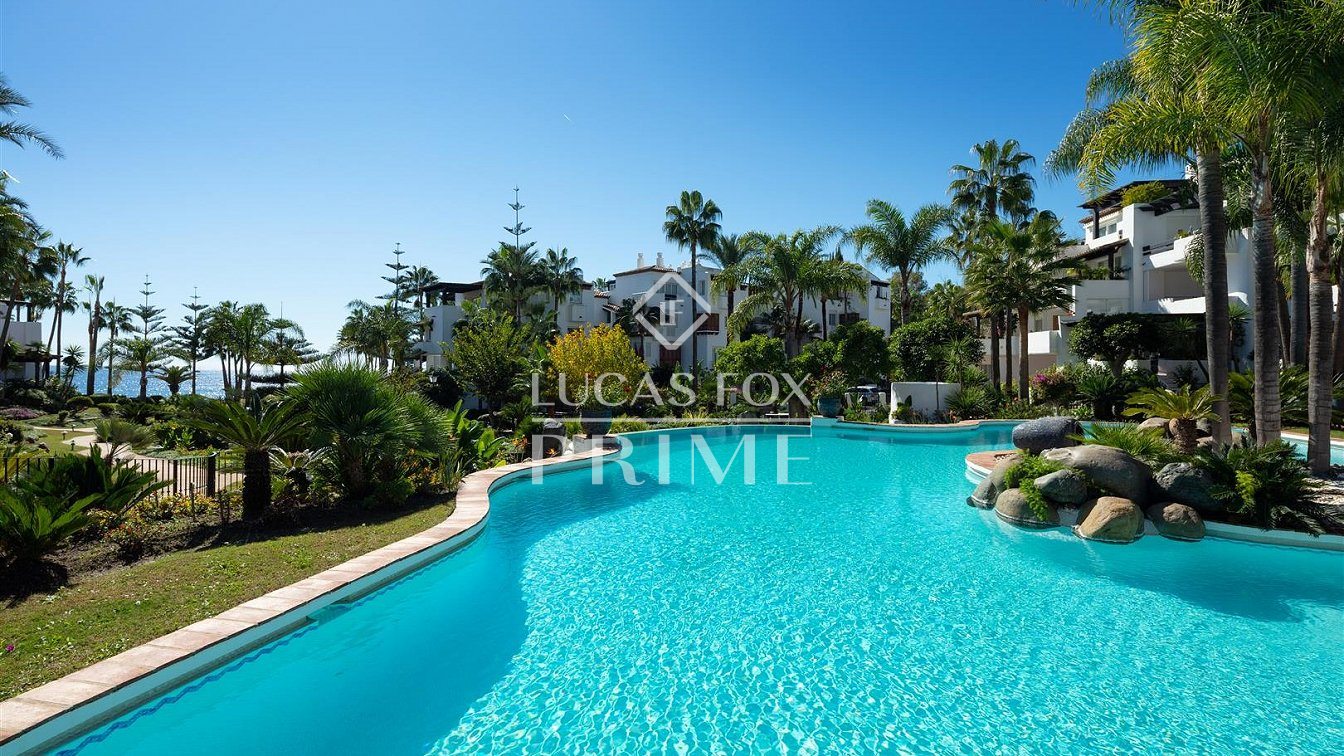 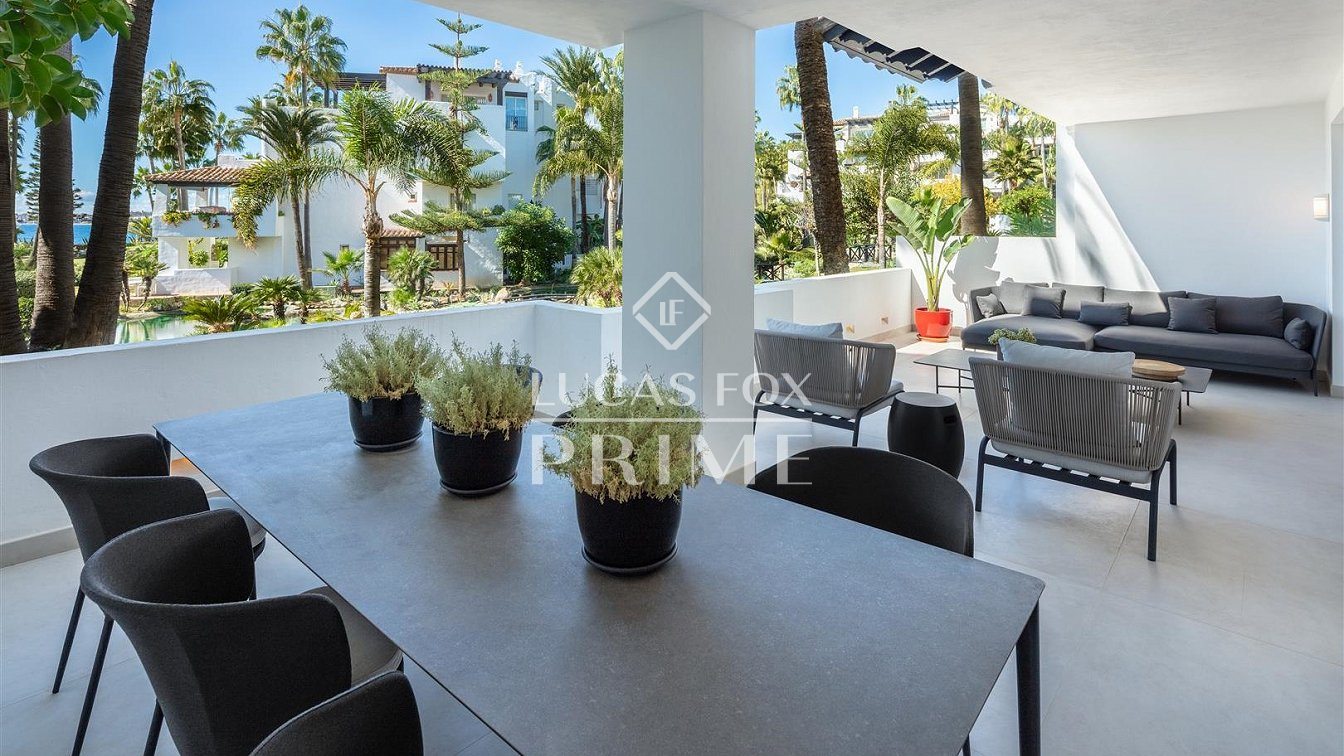 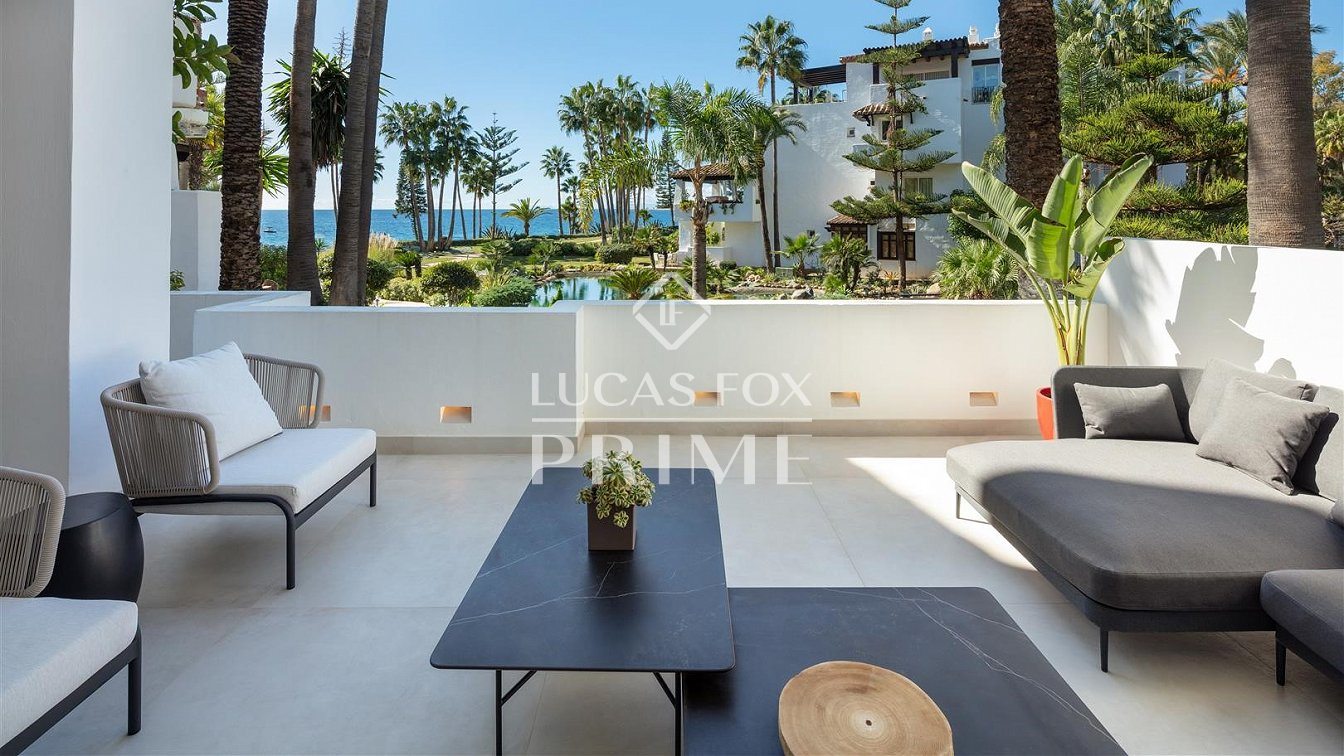 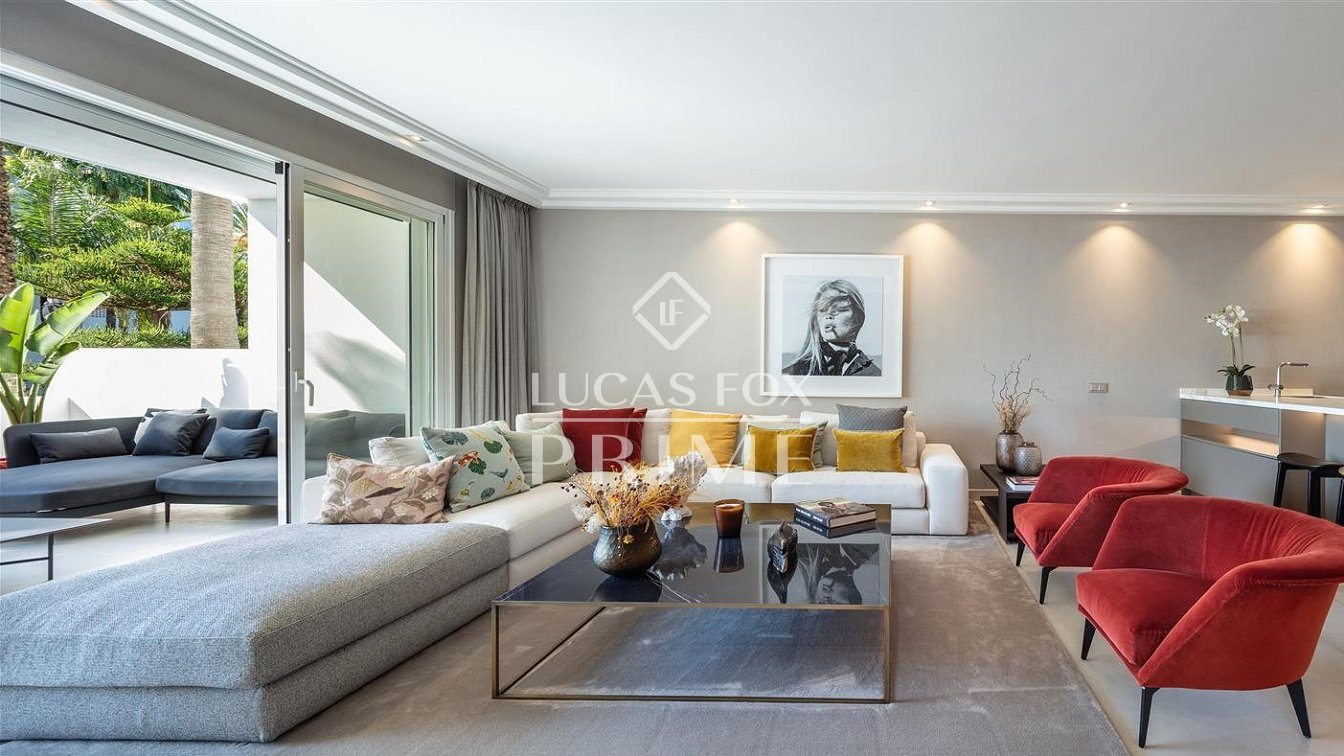 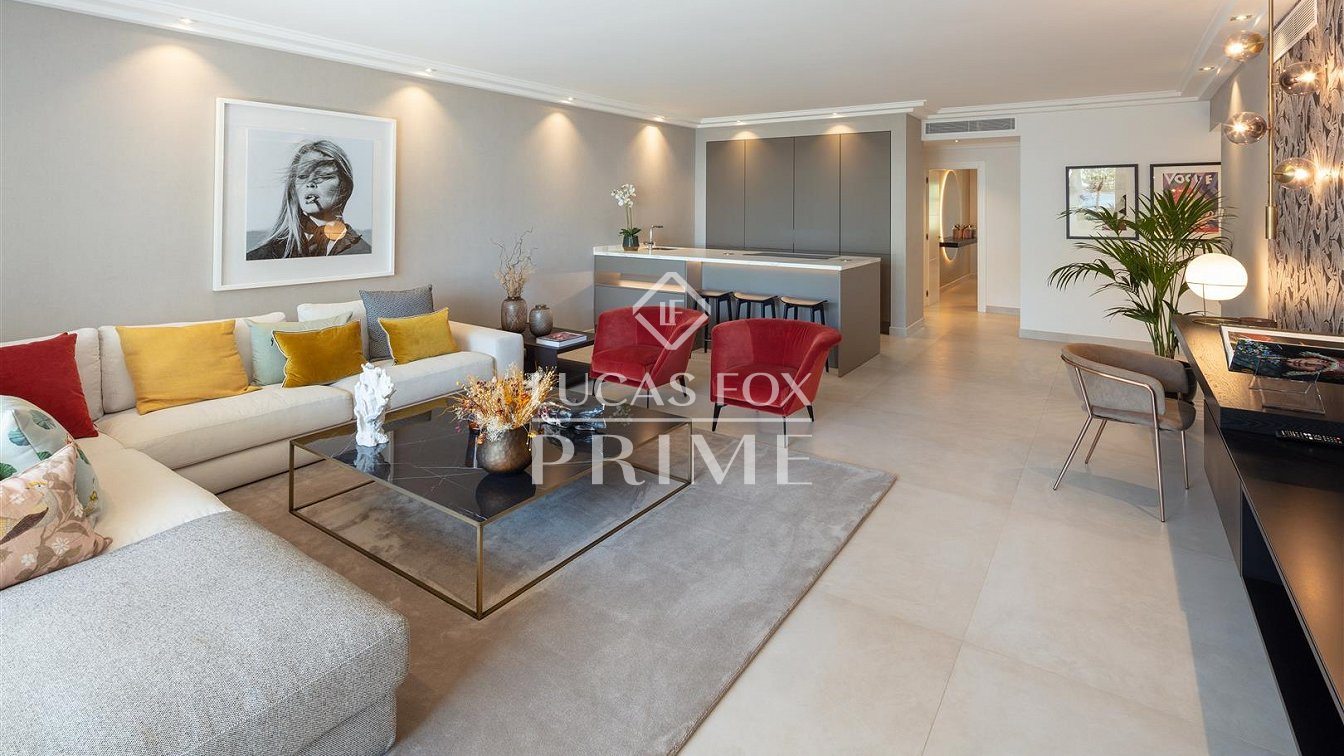 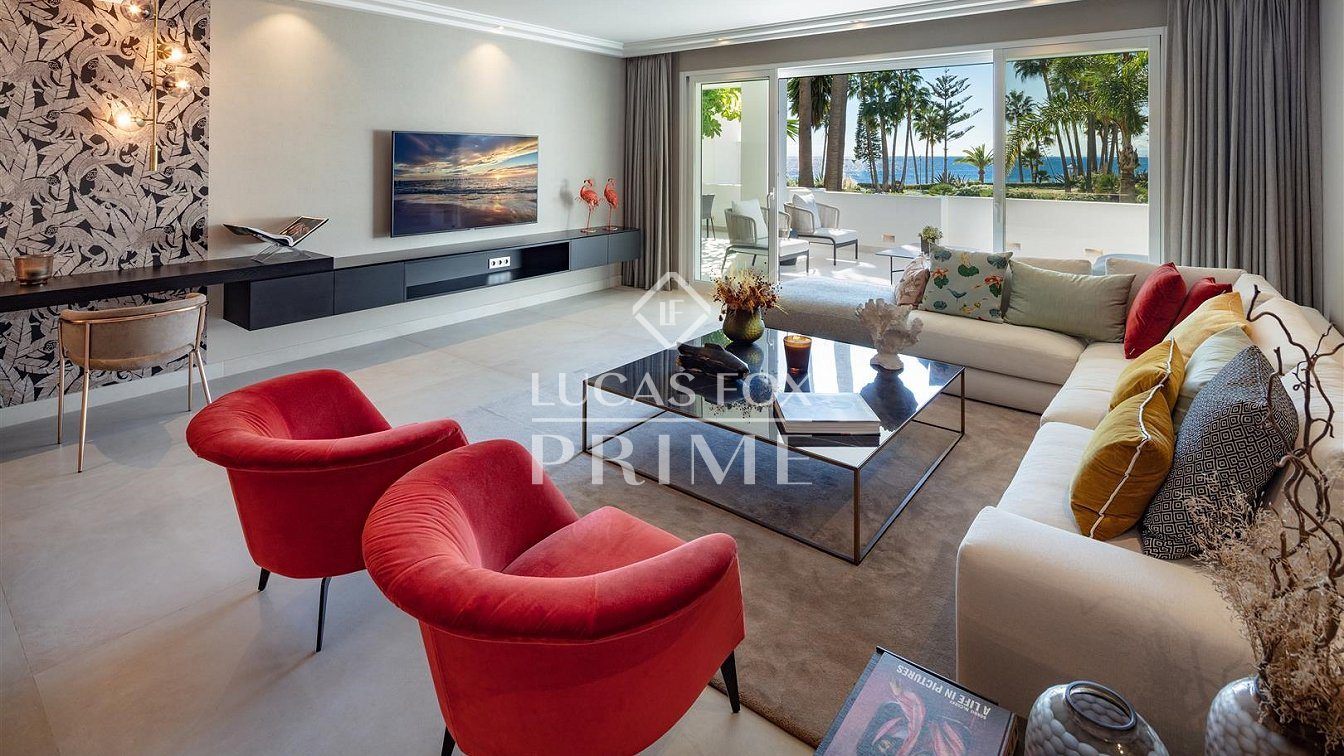 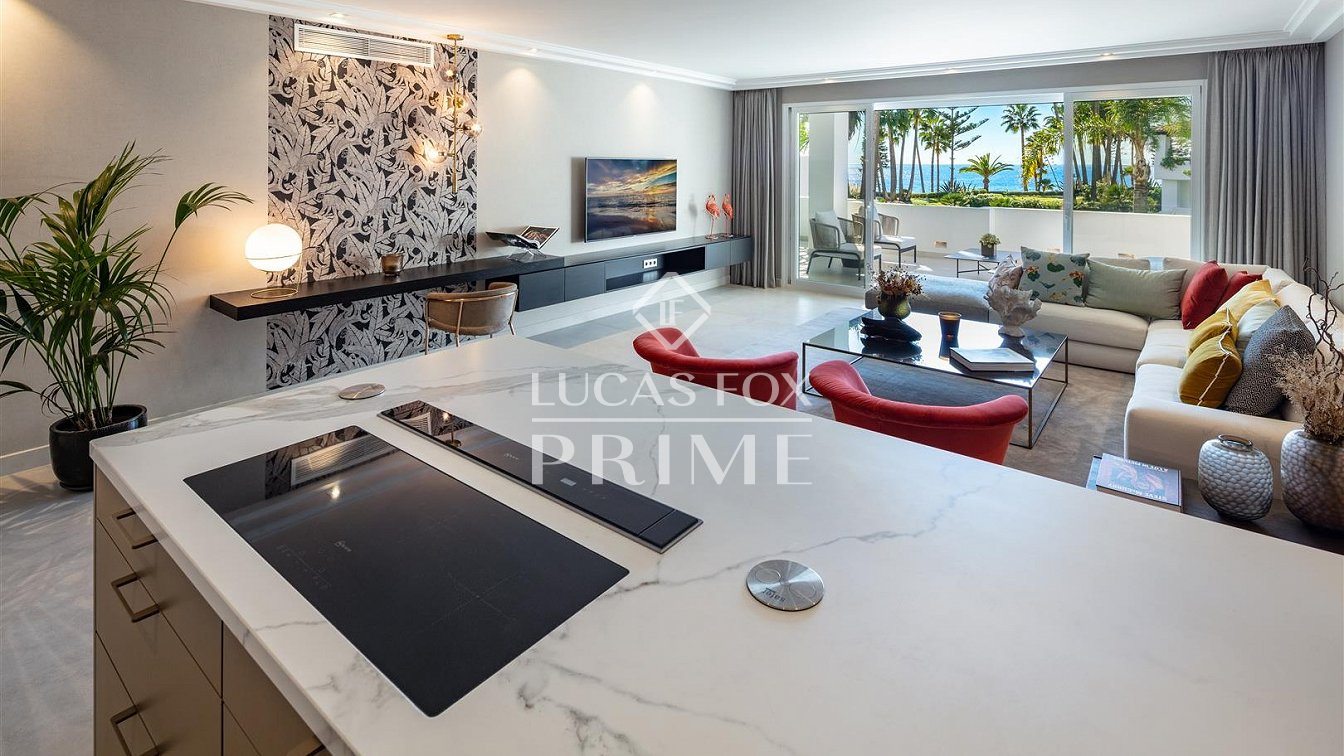 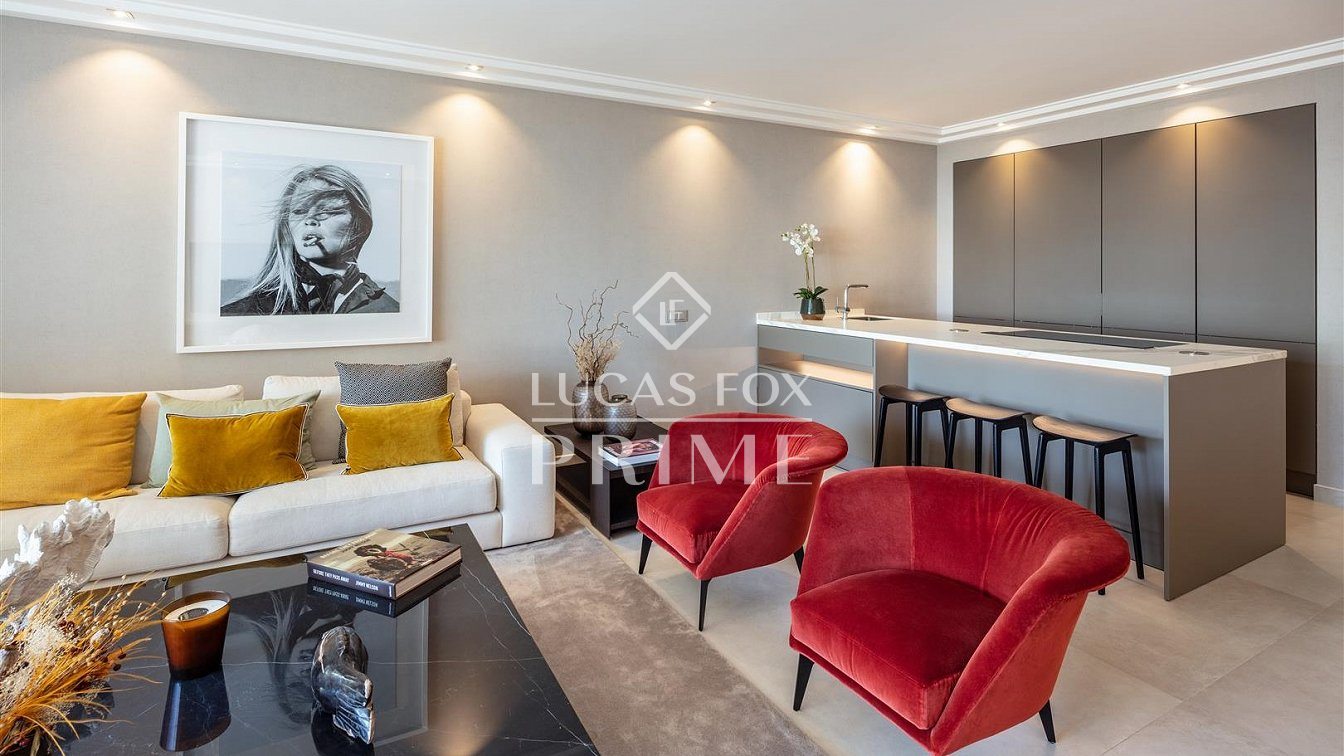 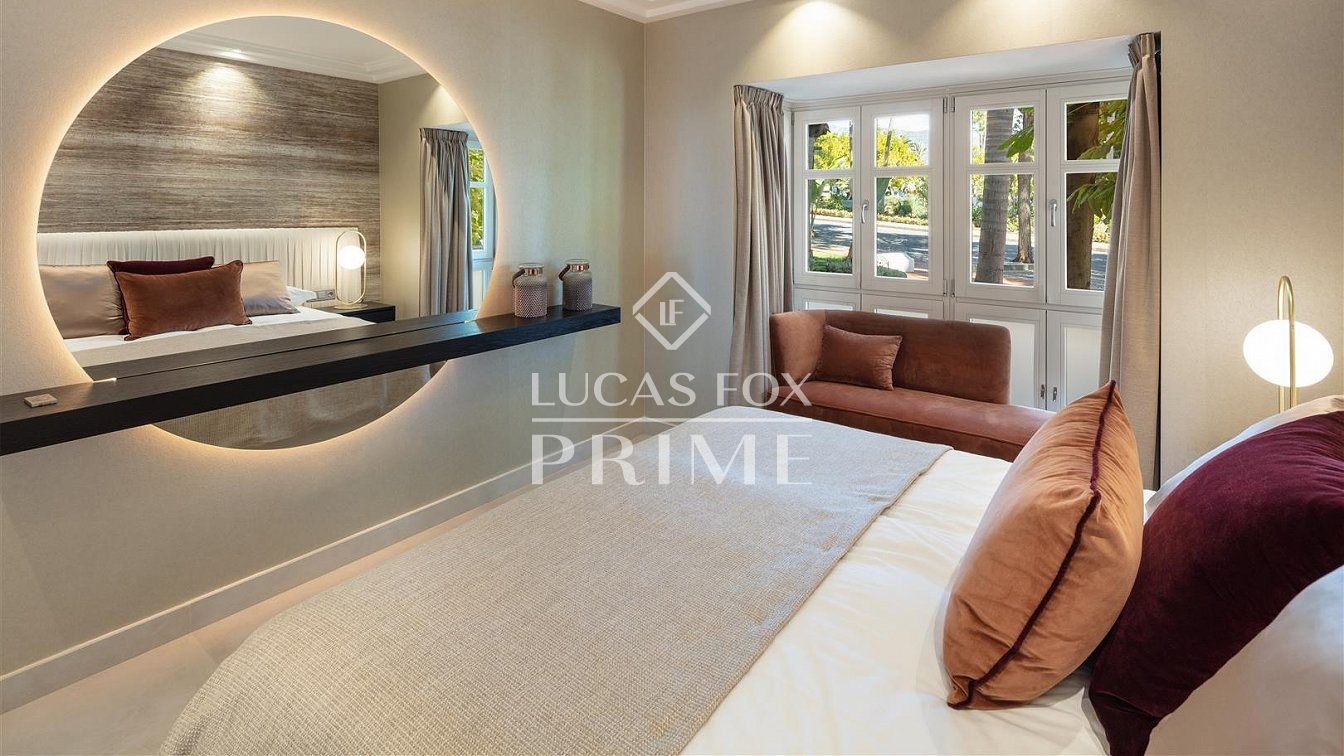 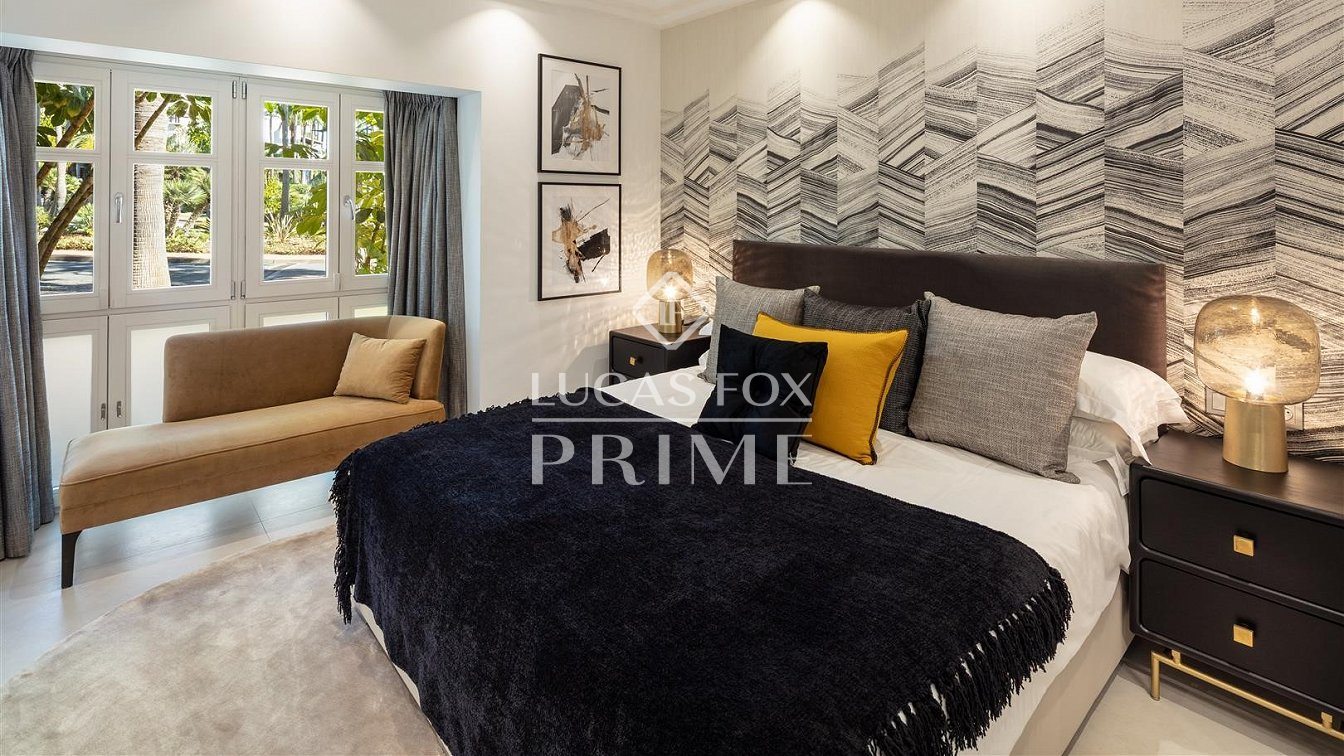 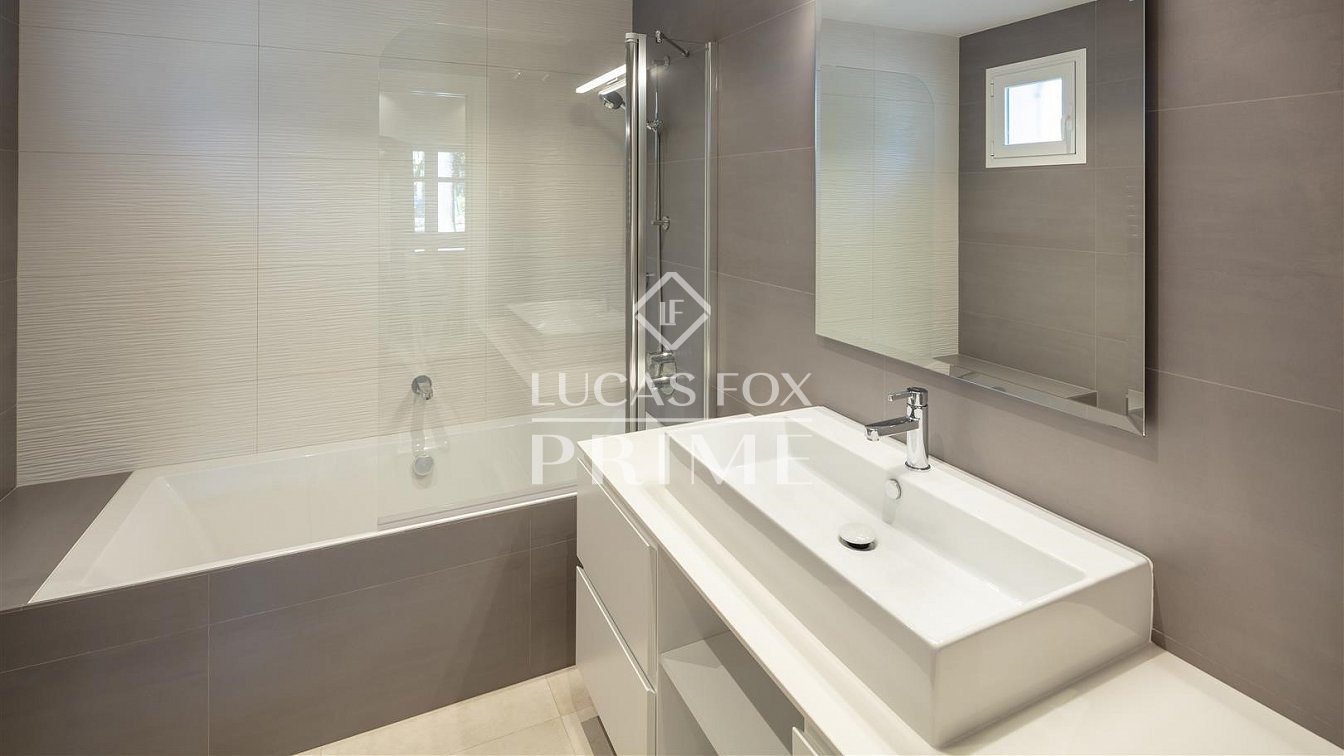 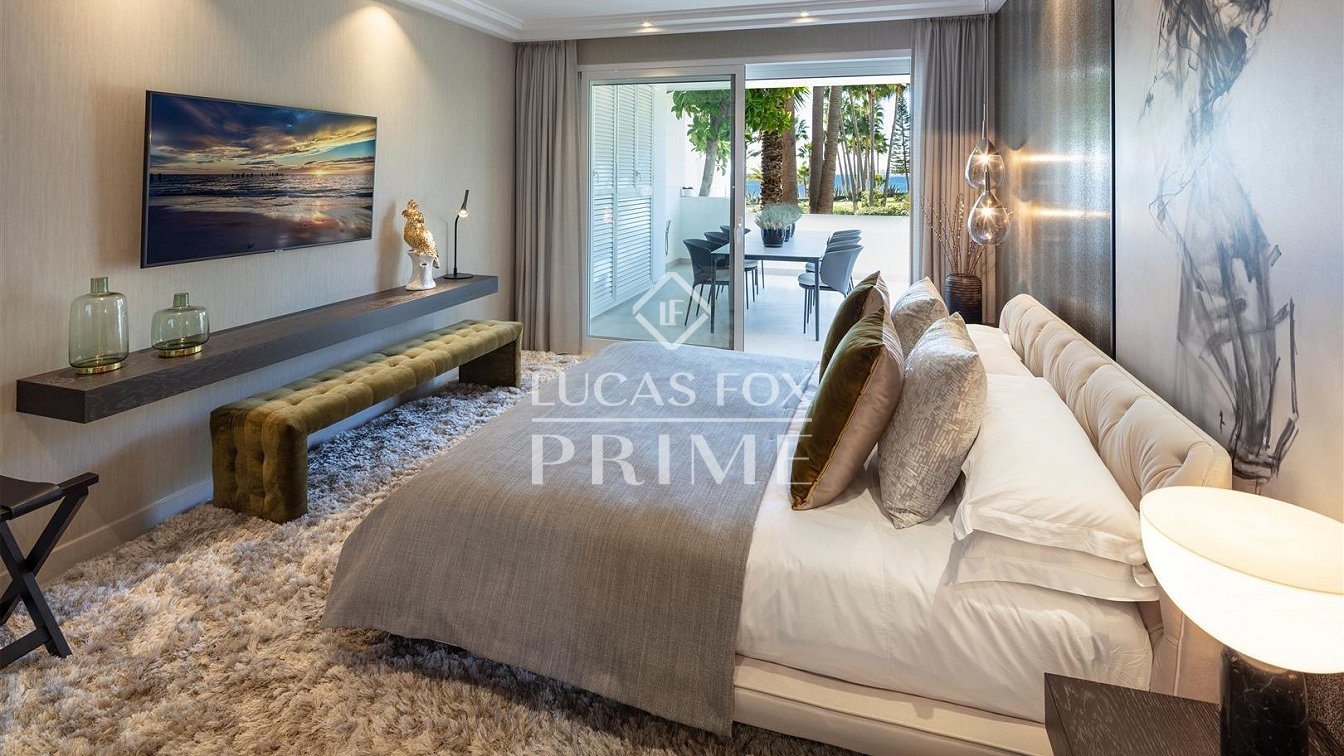 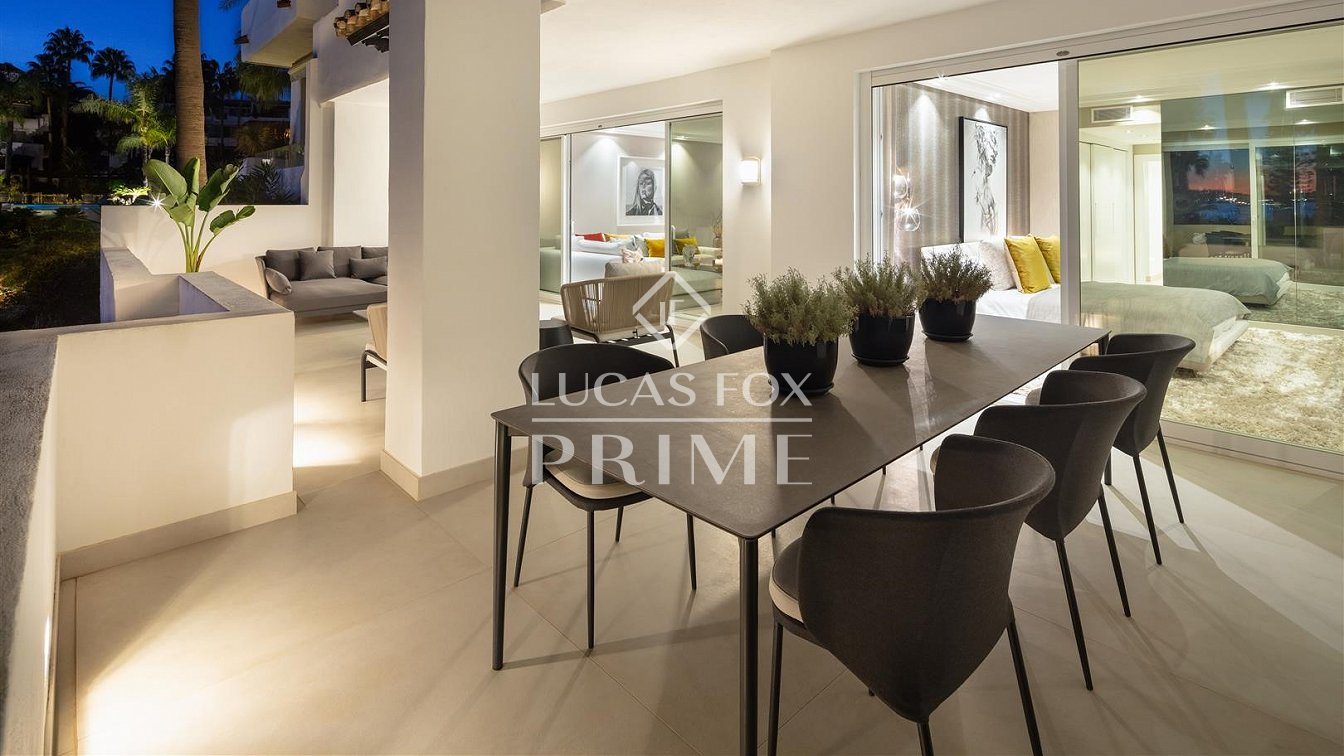 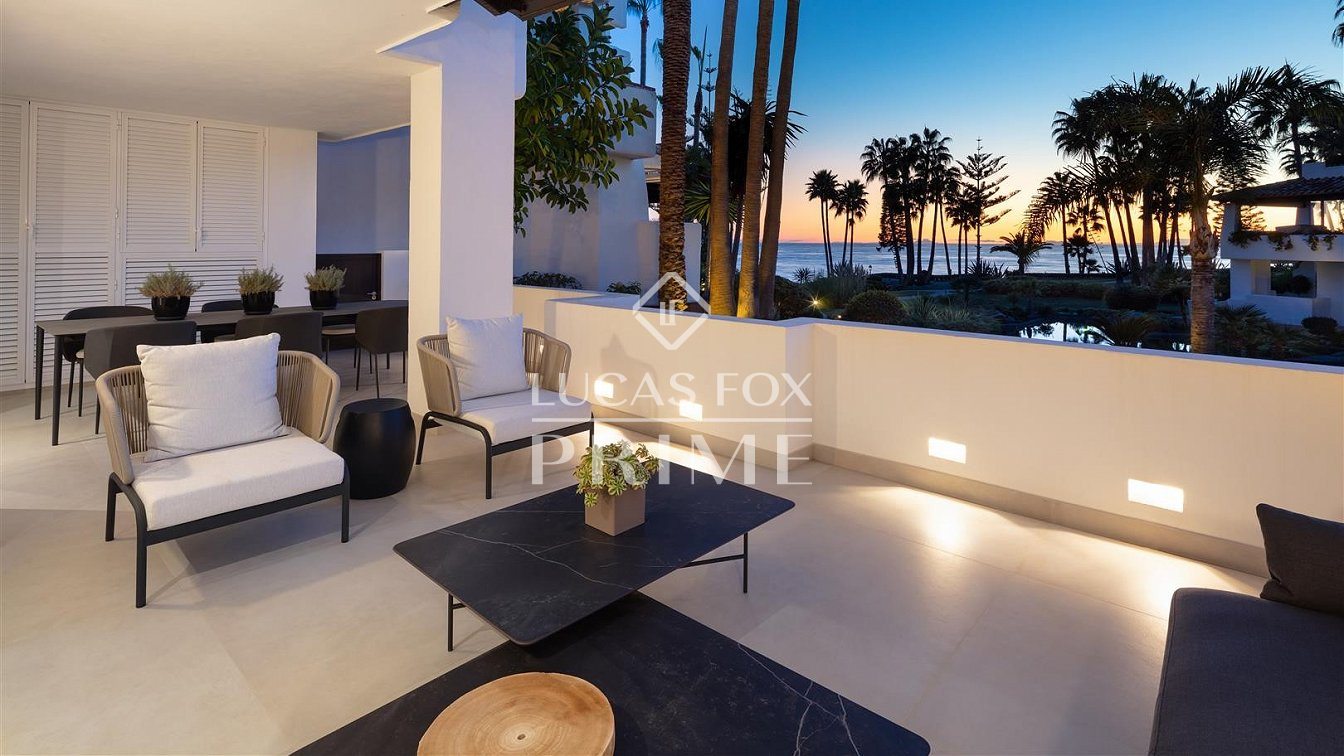 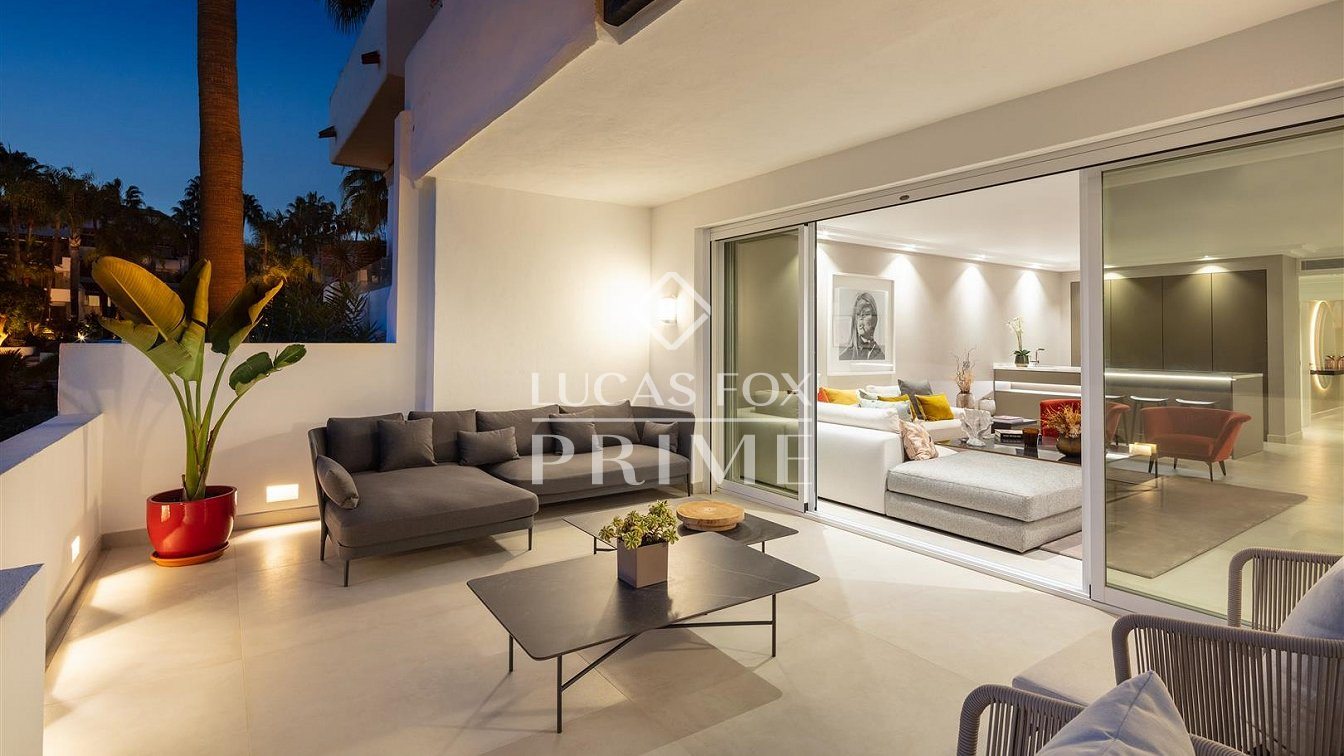 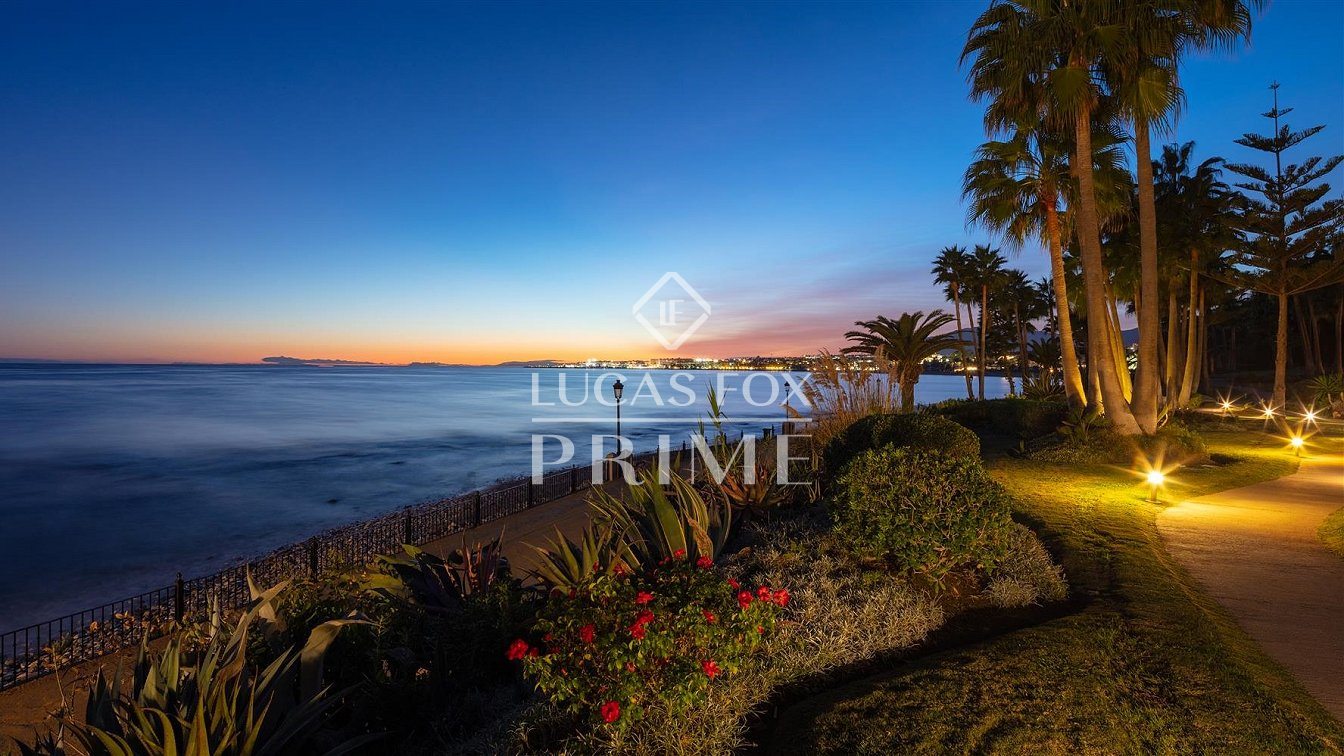 This bright, airy apartment offers delightful interior spaces that blend seamlessly into the terrace and the communal gardens beyond

Marbella’s Golden Mile is not actually a mile, it is, as one would rightly expect of Marbella, much bigger. At four miles (6.4 km) in length, the Golden Mile starts at the western limit of the glamourous beachside town and runs along the coast as far as the Spanish luxury resort, Puerto Banús.

With La Concha Mountain as a backdrop, Marbella enjoys its own micro-climate. The Golden Mile is traditionally known as the most exclusive zone on the Costa del Sol and boasts some of the region’s most spectacular villas and developments. Property for sale on the Golden Mile is highly sought after by film-stars, wealthy business owners, sportsmen and women, as well as international royalty and the elite of European society.

A rare golden opportunity to acquire a luxury ground floor property in this highly prestigious residential development on the Golden Mile, Marbella’s number one address for chic properties and exclusivity.