This magnificent 3-bedroom apartment in the Catalan capital's prestigious Eixample neighbourhood is on a high floor overlooking the city's main boulevard, with spectacular views that include Gaudí's Casa Batlló.

The building has been renovated to an exceptional standard throughout. It is in breathtaking condition from the classical entrance to this bright, contemporary designer apartment with its shining marble floors, natural tones and long list of modern luxuries.

Natural light floods every room thanks to all exterior walls, large windows, floor to ceiling balcony doors and clever use of frosted interior walls and sliding doors. A cutting edge automated lighting system ensures character and sophistication after the sun has gone down.

The sweeping living and dining room covers the width of the apartment and has three balcony doors opening onto Passeig de Gràcia. This is served by a fantastic kitchen with a breakfast bar, sleek stainless steel finishes, osmosis water system and top level appliances.

The long hallway leads to the sleeping area and includes a wide space currently used as an office, but suitable for a range of uses such as a games area, home cinema or chill-out zone.

There are 3 double bedrooms, including two suites with dressing rooms and wonderful bathrooms, one with a shower and one with a hydromassage bath. A third bathroom is ideally placed between the bedrooms and living spaces for maximum convenience, and leads to a discreet laundry room.

In addition to the Domotic home automation and lighting systems, the apartment has electric shutters, central air conditioning and is served by a concierge service. 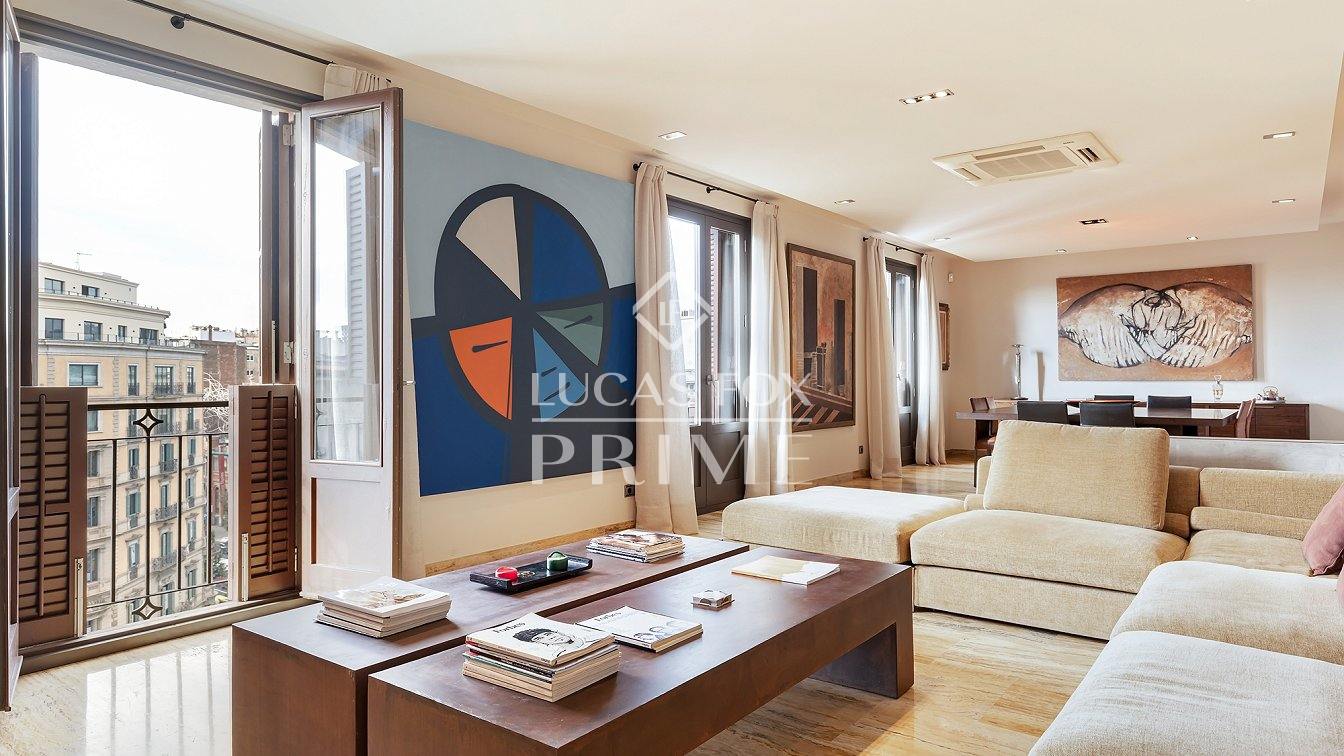 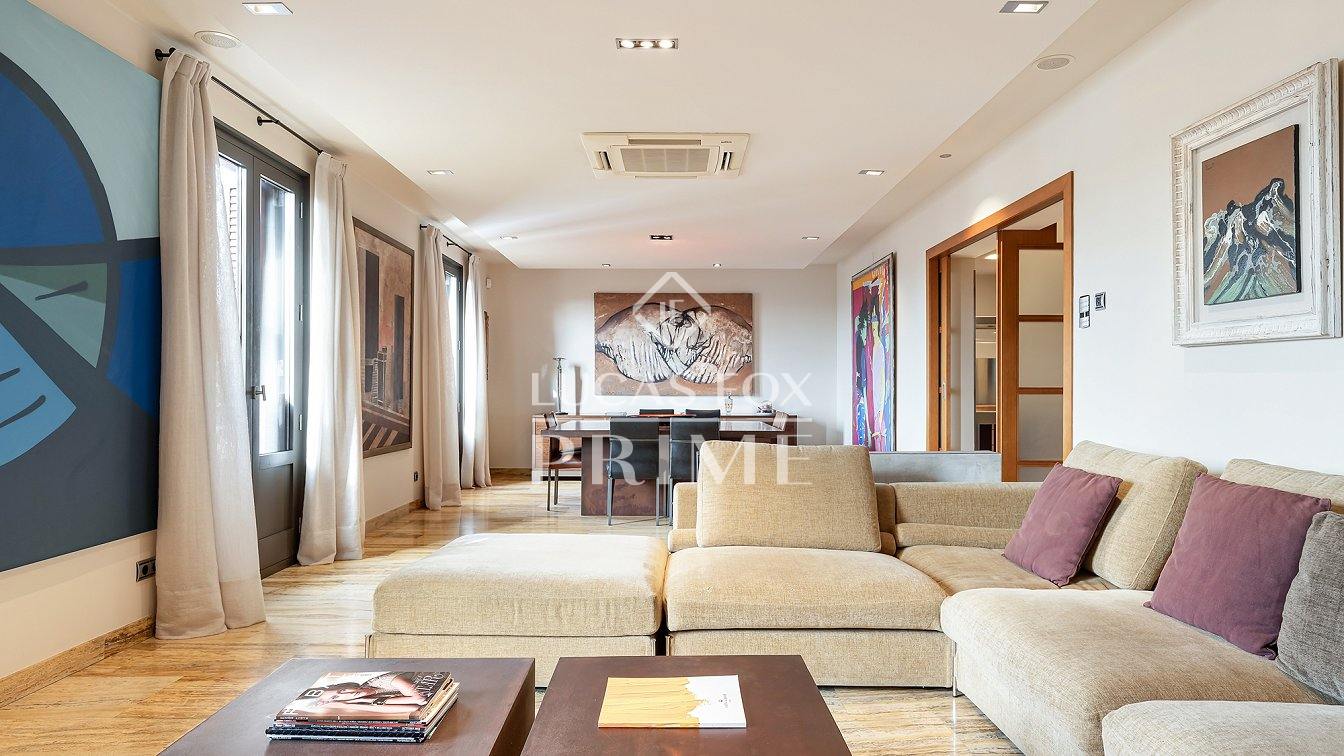 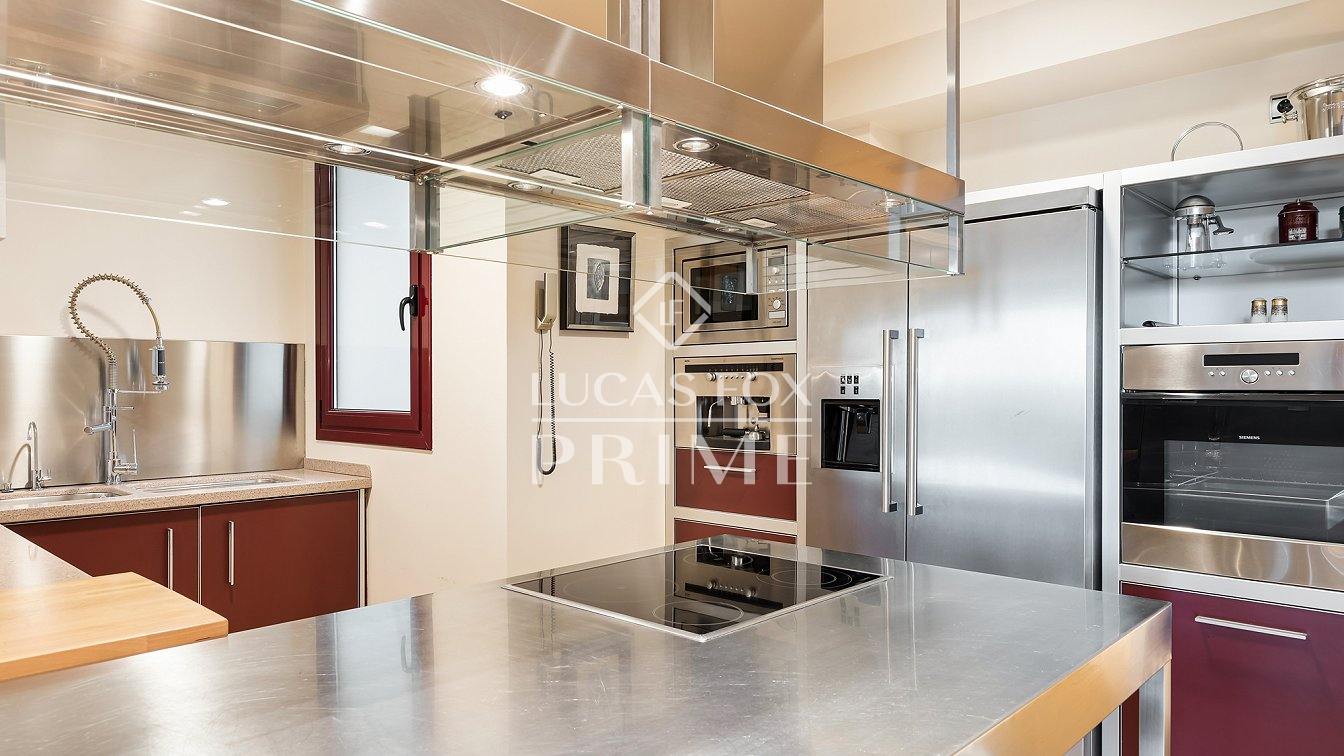 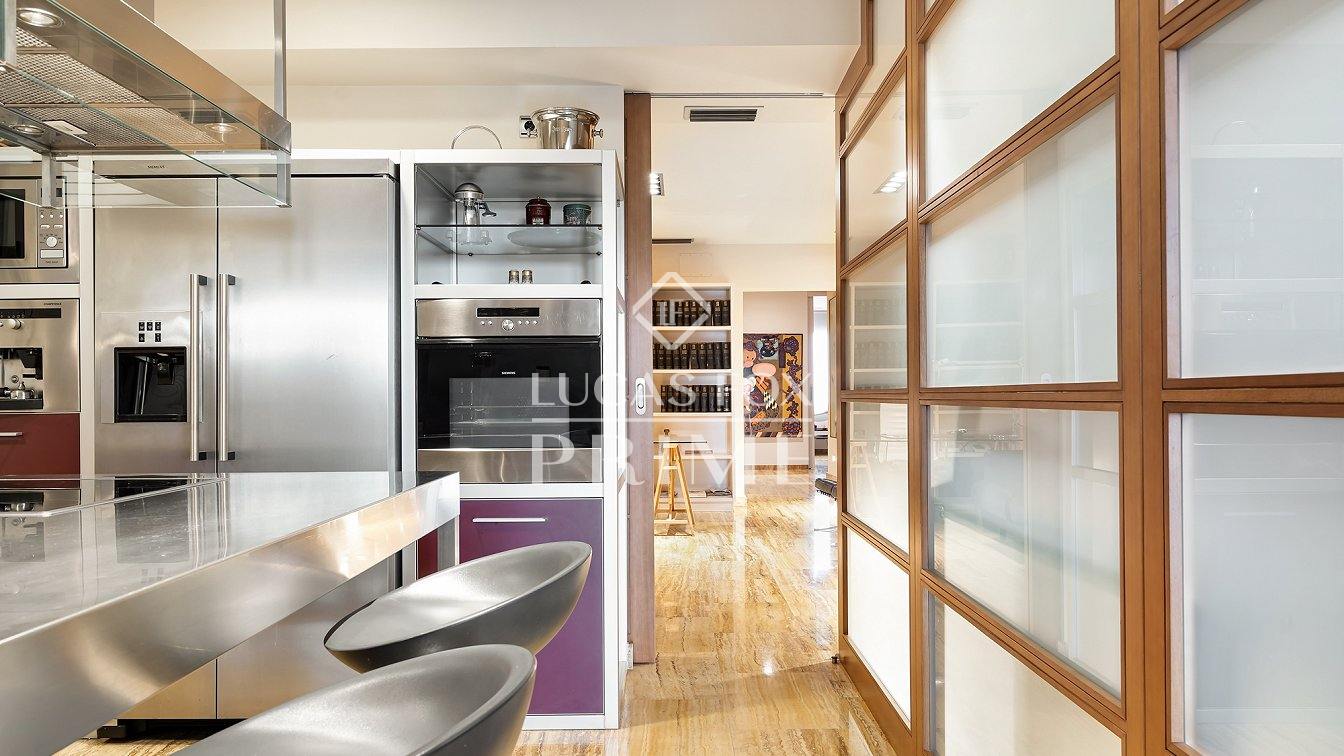 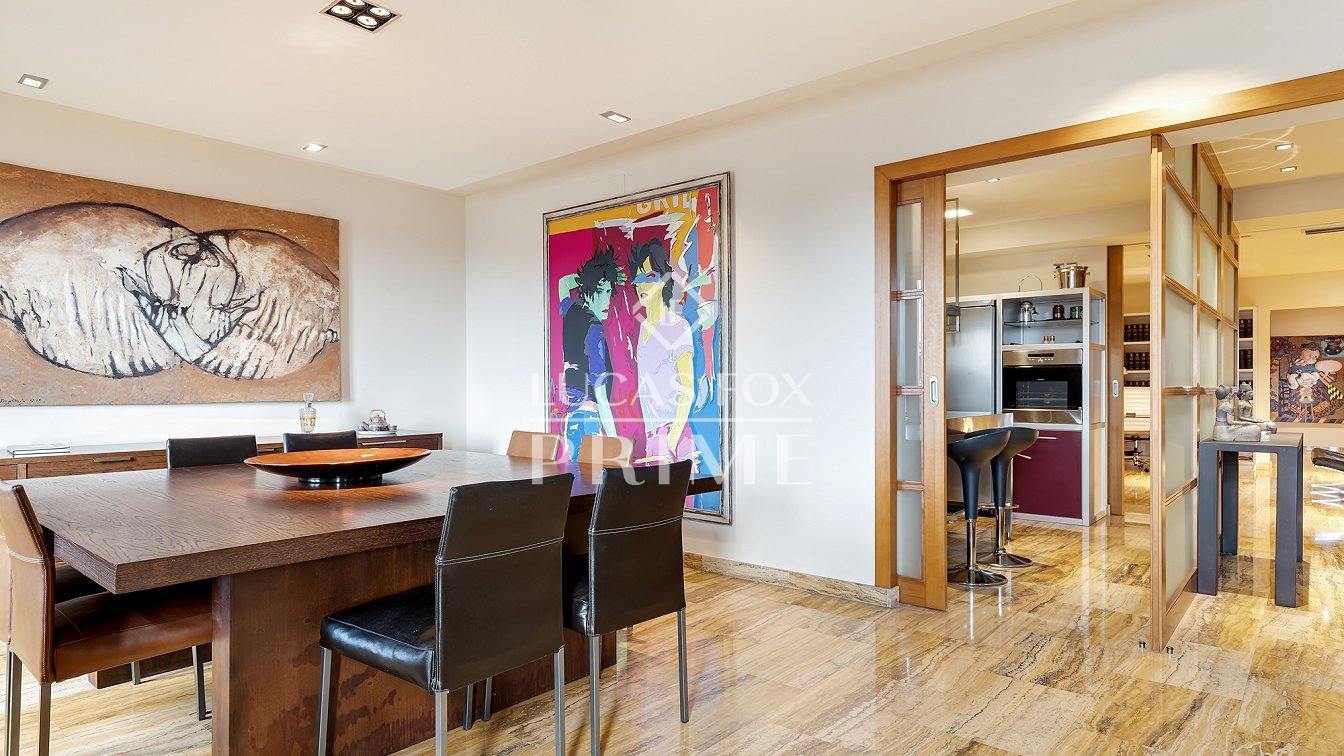 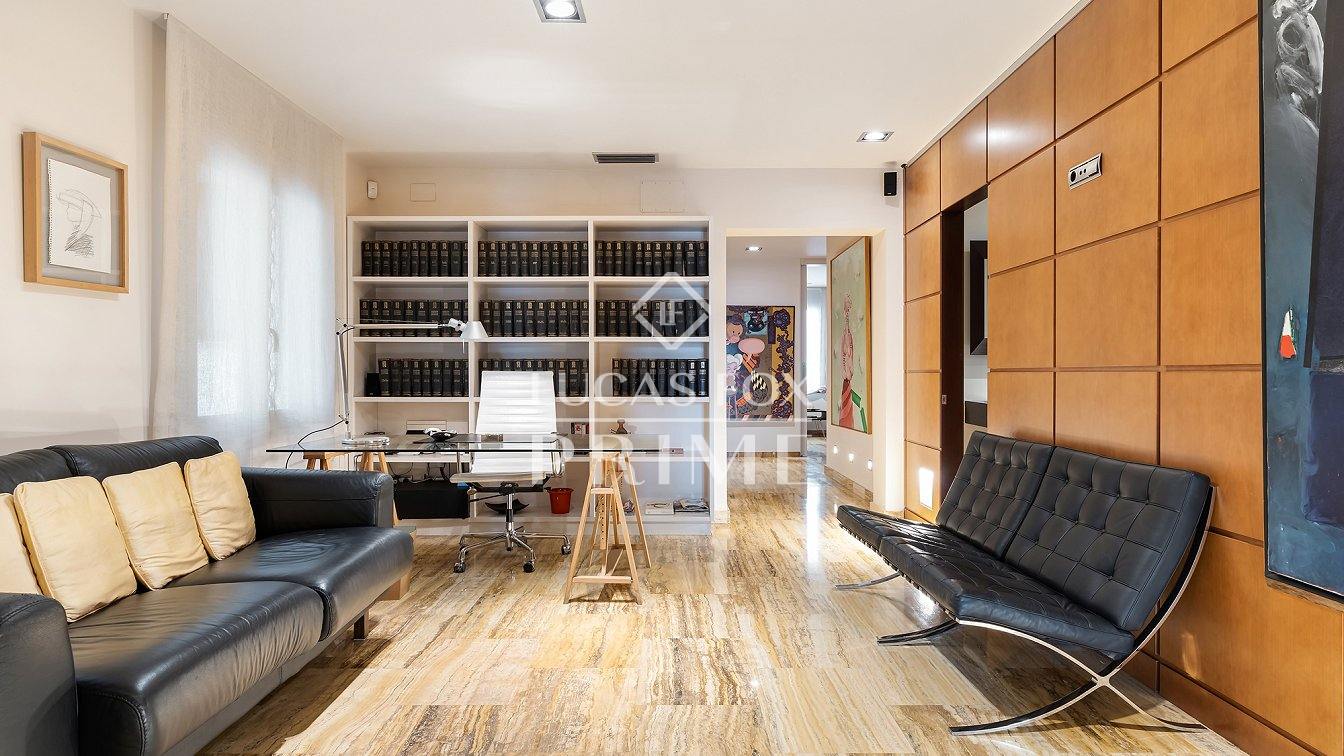 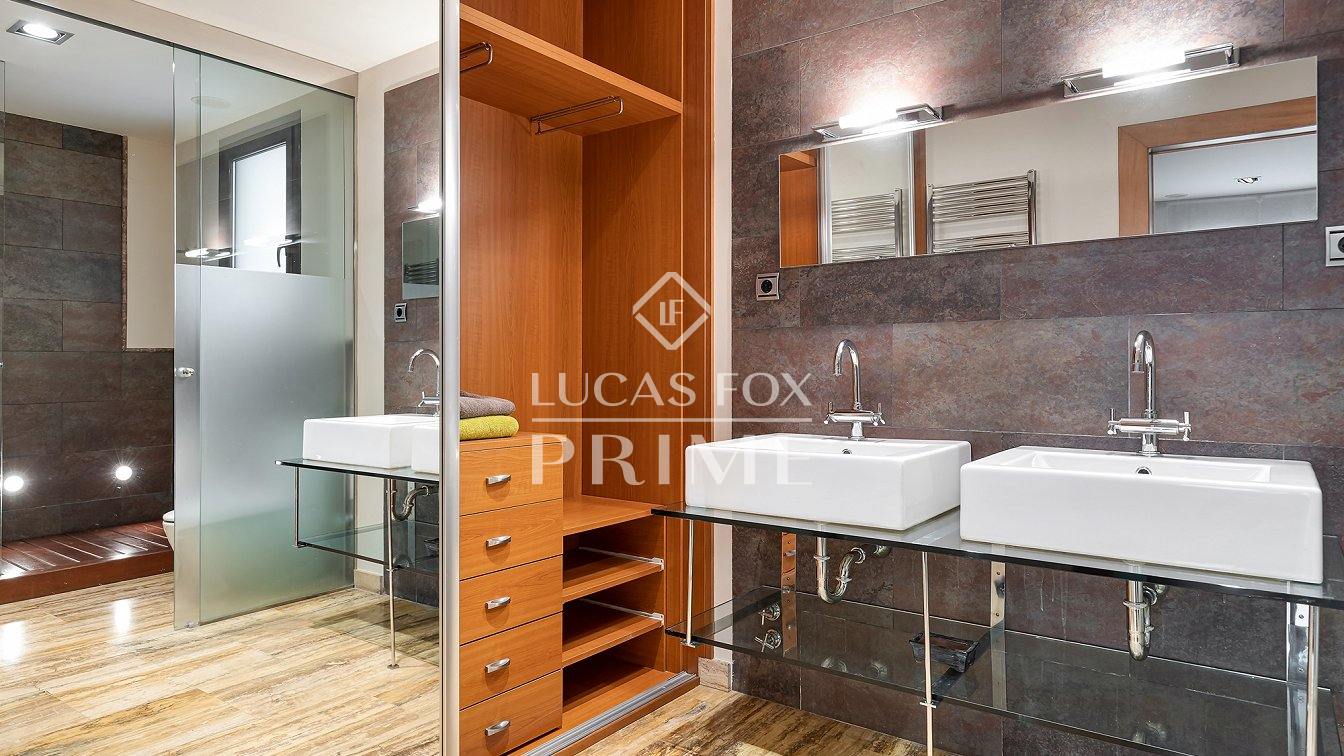 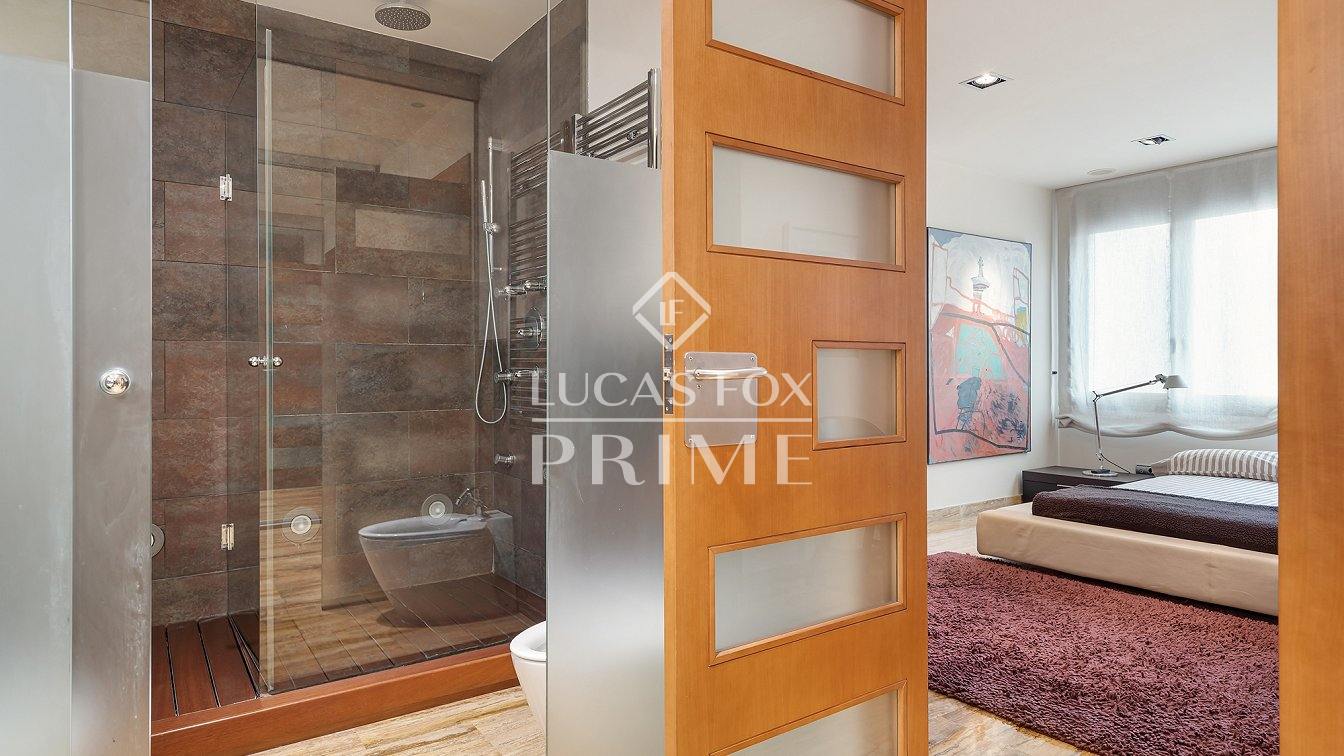 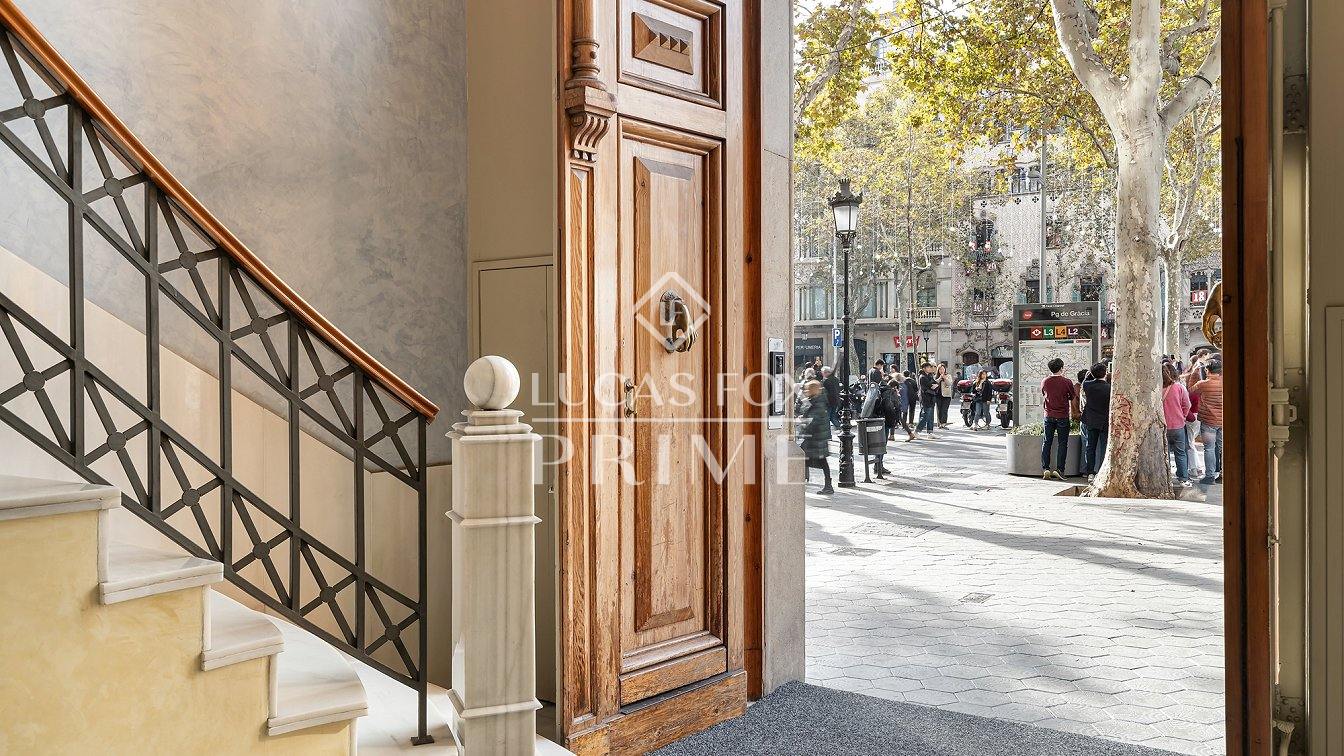 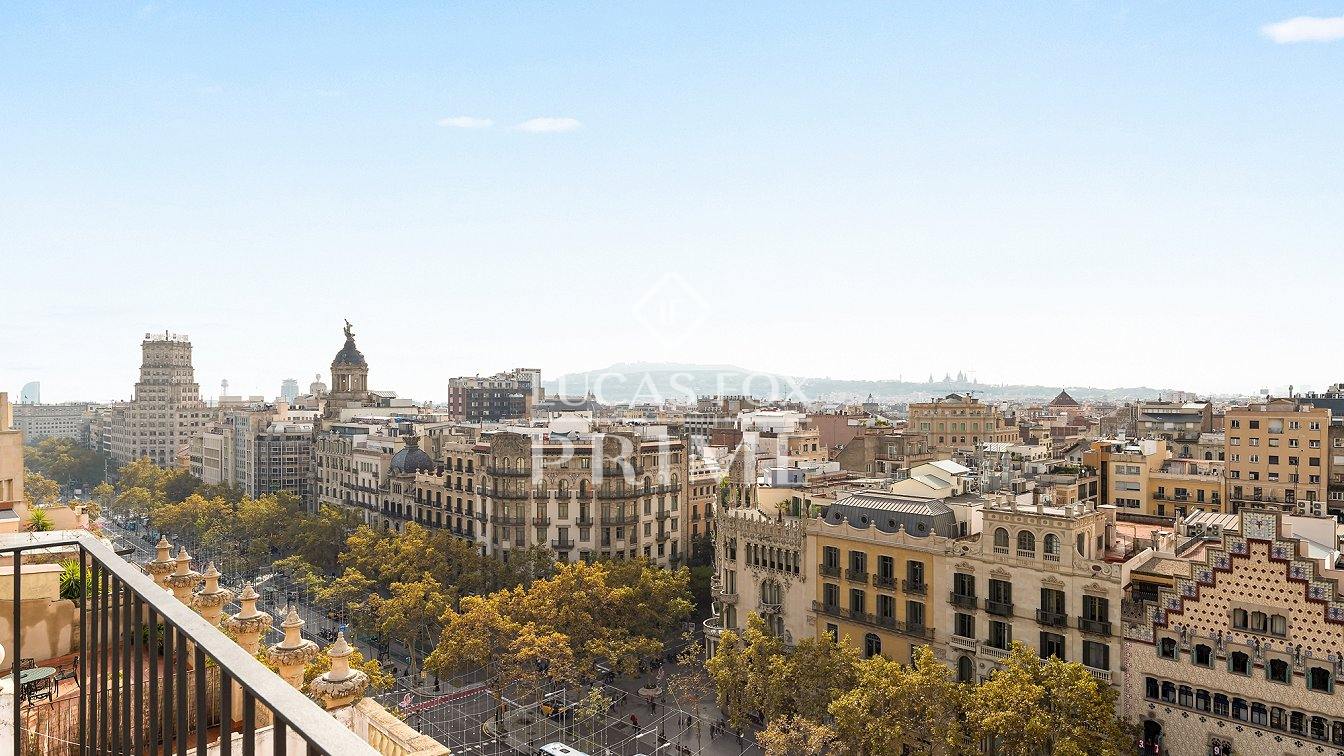 This magnificent apartment offers 3 bedrooms and 3 bathrooms across 221m² of accommodation.

Barcelona’s sought-after Eixample neighbourhood offers an endless selection of big name fashion stores, restaurants and bars and is just a short walk from Plaça de Catalunya and the Old Town.

Excellent public transport services are literally on the doorstep, which provides easy access to the beach and Barcelona’s other world famous attractions. The airport can be reached by bus and train, and is just 20 minutes away by car.

This apartment is ideally suited to luxurious family living, high-end investment or as an exquisite pied-à-terre, set in a perfect location surrounded by the wonders of Barcelona.